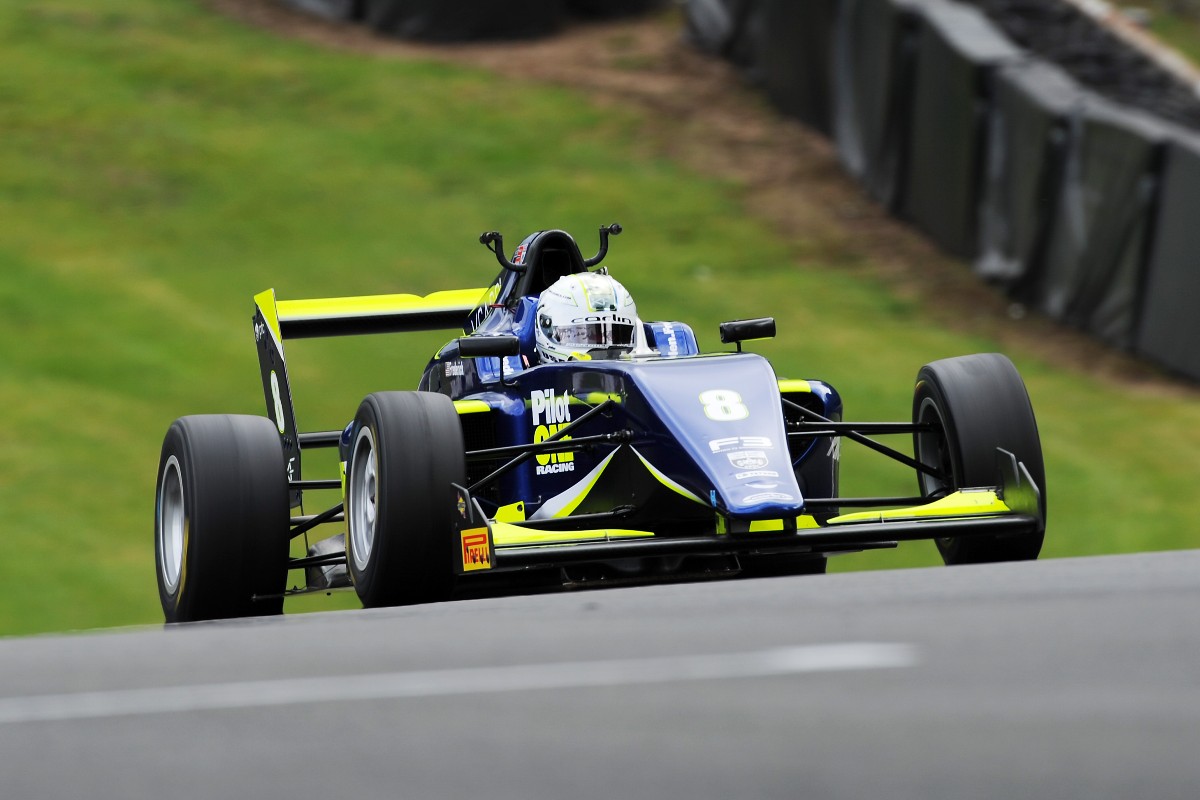 Frederick got the jump on poleman Louis Foster and opened up a small gap over the Double R Racing driver before the safety car was brought out due to Lanan Racing’s Josh Mason crashing into the wall at Old Hall Corner.

Foster was penalised during the safety car period for a jump start, and his 10-second time penalty dropped him from second on the road effectively to last position when the race was resumed with seven minutes remaining of the scheduled 20.

Regardless, Frederick continued to dominate from the front, even going under his qualifying time to set the fastest lap of the race – which will help determine the grid for the third race of the weekend.

Douglas Motorsport’s Kiern Jewiss was eventually classified second, after a somewhat uneventful race where he appeared happy to sit behind the penalised Foster.

His team-mate Ulysse de Pauw finished third ahead of Carlin’s Nazim Azman, who did not make any progress after slipping from the podium positions on the opening lap.

Chris Dittmann Racing’s Josh Skelton rounded out the top five, after making what turned out to be a crucial move on Hillspeed’s Sasakorn Chaimongkol moments before the safety car was called.

Foster’s penalty left him classified 14th ahead of Hitech GP’s Kush Maini and Piers Prior, who will make up the front row of the reversed grid in race two. The debuting Hitech team got its other car, driven by F3 rookie Reece Ushijima, into 11th.