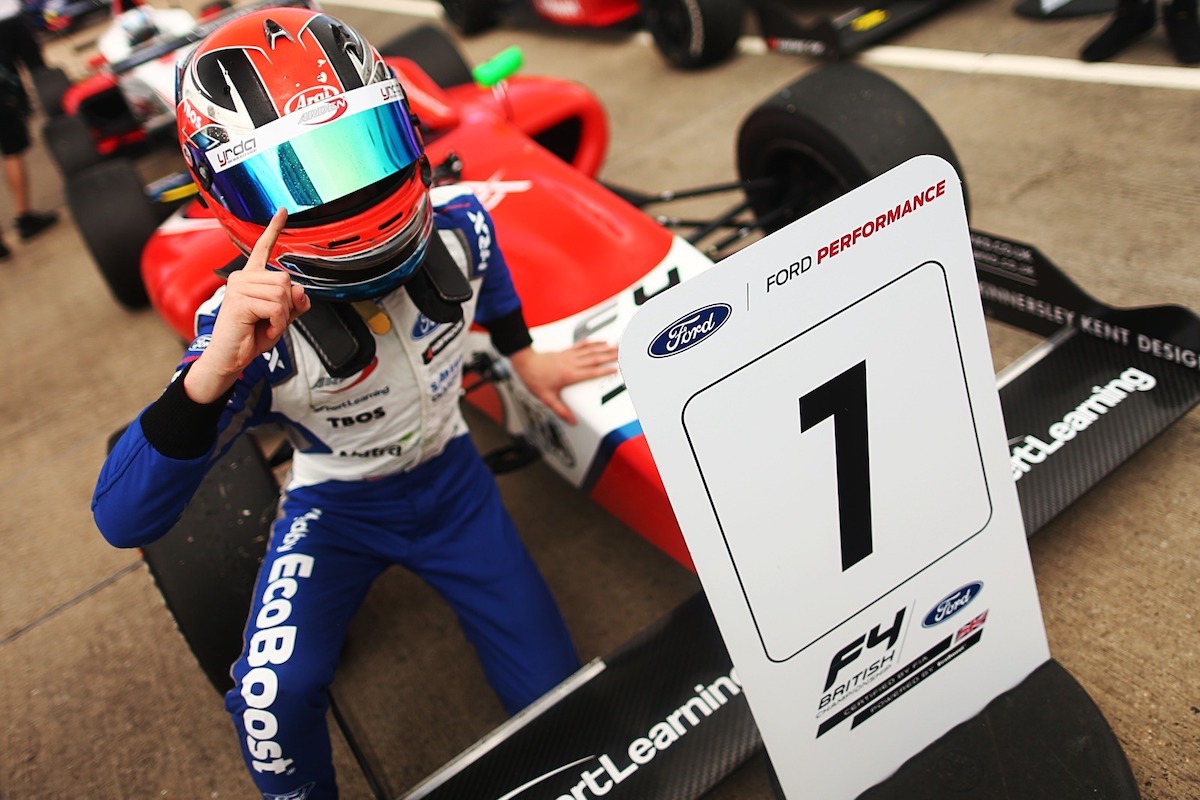 Alex Connor claimed his maiden British Formula 4 win in the opening race of the 2020 season at Donington Park.

The Arden driver started from fifth on the grid and wasted no time climbing up through the order.

Within a handful of laps he had passed Fortec Motorsports duo Luke Browning and Roberto Faria and was challenging poleman James Hedley for the lead.

JHR Developments’ Hedley defended well, allowing Browning, Faria, and Carlin’s Zak O’Sullivan to join the fight for the lead, but a small mistake allowed Connor to squeeze through into the lead.

Once ahead, there was no looking back. As Browning and Faria battled for the runner-up spot, Connor extended a gap of 1.669s to take his first series win.

Faria held off Browning for most of the race, but a move at the final chicane allowed Browning to sweep past his Fortec team-mate. There was little he could do for the gap to Connor though, and he settled for second.

Hedley had dropped back to fourth after his mistake early in the race and quickly came under pressure from his 2019 Ginetta Junior rival O’Sullivan.

O’Sullivan found a way past in the second half of the race and began to close the gap back to Faria. Hedley stuck with the Carlin driver and the pair finished fourth and fifth, just 0.3s behind Faria.

Fortec’s Rafael Villagomez was the best driver in the rookie classification in sixth. He finished just ahead of Argenti Motorsport’s Casper Stevenson, whose team was making its debut as successor to Double R Racing, and Arden’s Roman Bilinski.