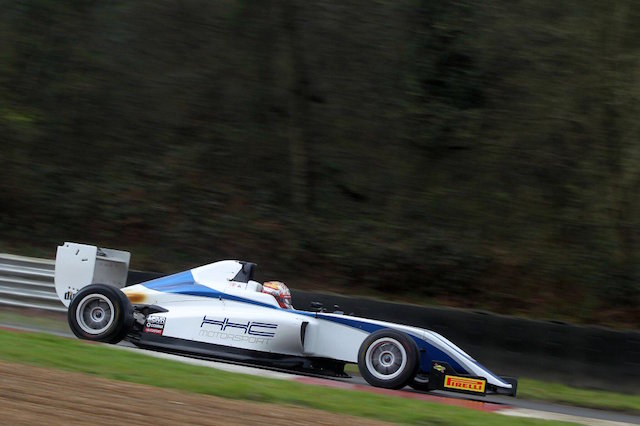 The South African finished third in the 2014 BRDC Formula 4 standings after a two-year stint in the category with HHC.

At Brands Hatch he’s taken the place of Omar Ismail, who had a difficult debut with HHC at Snetterton after winning a race at the circuit in 2015.

“It?s good to be back and I am very happy to be at Brands Hatch, especially on the Grand Prix circuit,” Hyman?said.

“The new car is a lot more powerful than the BRDC F4 car that I drove and it is more similar to what I?m used to racing in FIA European F3.

“I want to do the best job I can for the team this weekend and we will see as we go on where we are in terms of pace, and then we can start pushing for a result.”

On the pre-event test day at Brands Hatch on Friday, Hyman?was fifth quickest overall and second in the afternoon session behind fellow debutant Colton Herta.?Ricky Collard?was fastest of all.