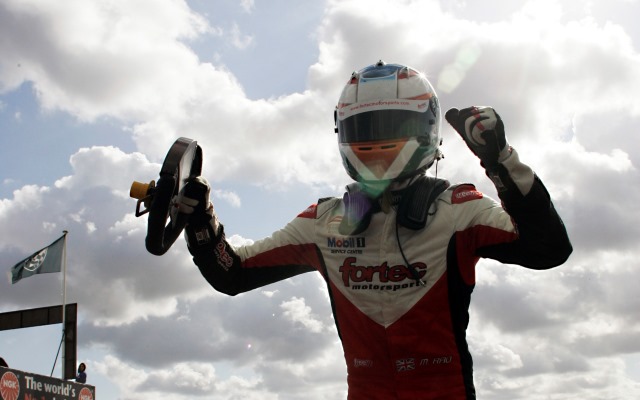 Matt Rao converted his second pole of the British F3 weekend at Thruxton into his first victory of the round.

Rao narrowly prevailed in a close fight with his teammate and championship rival Martin Cao, who triumphed in the two prior Thruxton races.

It was far from an easy Sunday drive for Rao, as he lost the lead to his teammate off the line. He fought back, briefly returning to first at the end of the opening lap, only to be overtaken by Cao on lap two.

From that point on, Cao appeared set to complete a hat-trick of Thruxton victories, but his squadmate remained within striking distance of him over the opening laps and pulled off yet another lead change on lap nine.

This time around, it was for good as Rao withstood the pressure and eventually managed to pull away, taking the checkered flag six and a half seconds ahead of Cao.

Double R teammates Max Marshall and Camren Kaminsky ended up dueling for third and it was the American who prevailed, securing his first podium in the category.

Marshall settled for fourth, with Peter Li Zhi Cong cruising to fifth place after an early off.

Having also bagged the fastest lap of the race, Rao now leads by four points coming out of the Thruxton round.