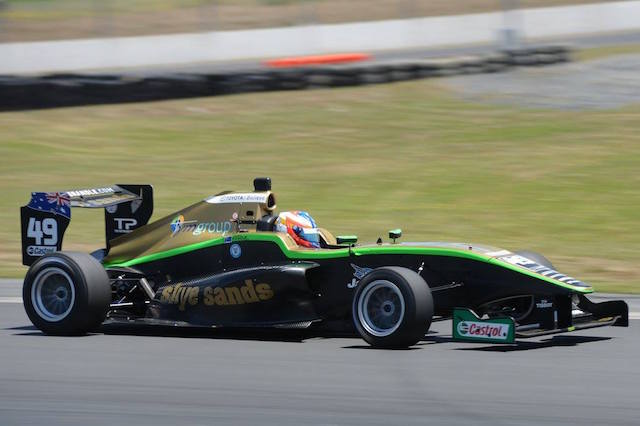 Thomas Randle made good on his pace with a commanding win in the final race of the Toyota Racing Series round at Hampton Downs, claiming?the New Zealand Motor Cup.

Starting from his third pole of the campaign and second of the weekend, the Australian maintained the lead at the start ahead of fellow front-row starter?Jehan Daruvala, while?Ferdinand Habsburg moved from sixth to third ahead of?Richard Verschoor,?Pedro Piquet and?Marcus Armstrong.

The race was neutralised on lap three after a spin for?Ameya Vaidyanathan, with Randle maintaining his advantage at the restart.

Behind, Verschoor and Armstrong came together in the fight for second, with the latter forced out on the spot while the former pitted for repairs and rejoined following a red flag.

Habsburg had gained second place from Daruvala but would be unable to do anything about Randle, who opened up a 3.3-second lead on his way to victory.

Daruvala would also fall behind Piquet after the restart, but regained third on the final lap when the Brazilian went off, slipping to fifth behind?Kami Laliberte, who took?his best ever TRS finish.

Luis Leeds had his best showing so far to get sixth ahead of?Taylor Cockerton,?Harry Hayek,?Christian Hahn and race two winner?Enaam Ahmed.

Verschoor finished 12th, with his points lead over Randle cut form 77 to 30 with two events to go.