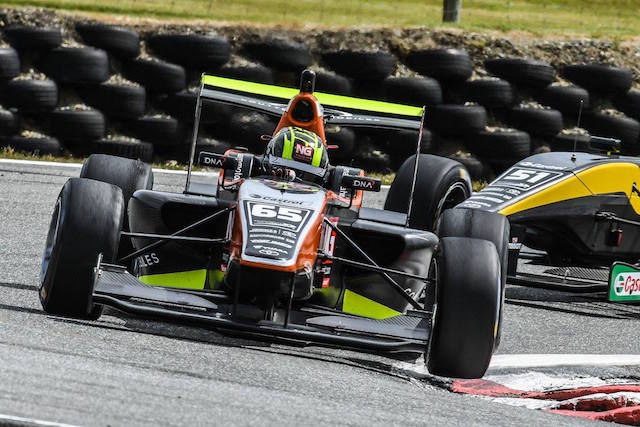 Ahmed started on the front row of the reverse grid alongside Ameya Vaidyanathan, and got the better of the Indian off the start.

Verschoor started third and also got ahead of Vaidyanathan on the first lap, and set about cutting the gap to Giles Motorsport team-mate Ahmed.

The Briton was able to respond however in the latter part of the race, and finished up 2.4 seconds clear at the end of the 15 laps, run entirely under green flag conditions.

Kami Laliberte?got sixth in front of Thomas Randle and Jehan Daruvala, who recovered from 14th on the grid, with?Taylor Cockerton and?Ferdinand Habsburg completing the top 10.