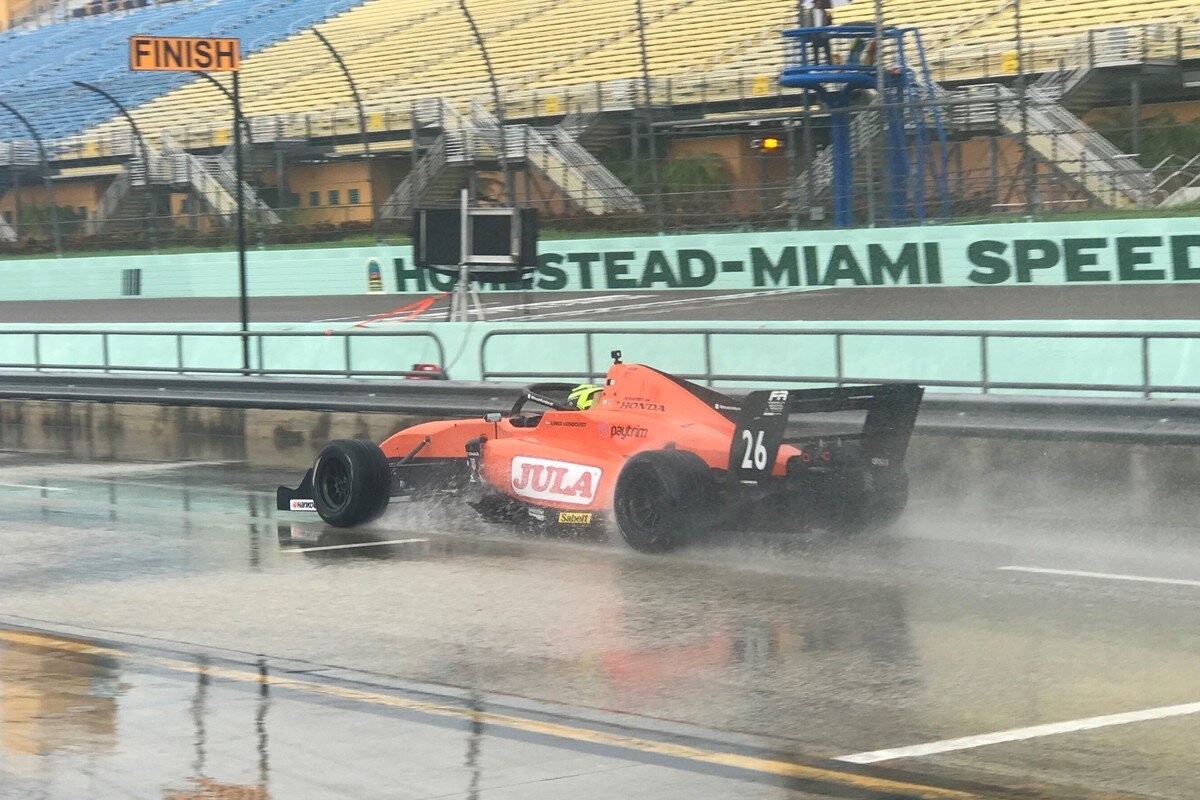 Heavy ran has led to the cancellation of Formula Regional Americas qualifying and the first United States Formula 4 race of the weekend at Homestead-Miami Speedway.

Most drivers first set laps using wet compound tyres, but eventually everyone came around to using slick tyres instead and it was Crosslink/Kiwi Motorsport’s Spike Kohlbecker who took pole – after some convincing from his team to switch sets – ahead of DEForce Racing’s Nico Christodoulou and Velocity Racing Development’s runaway championship leader Hunter Yeany.

The session due to take place after that was FRegional Americas qualifying, but the rain returned and it was “cancelled by series officials for reason of safety”. Nearby lightning was the deciding factor in the choice to strike the session off the schedule.

As a result, the grid for this afternoon’s opening race of the regional Formula 3-spec series will be set by the championship standings and will mean Global Racing Group’s Linus Lundqvist starts from pole.

After the cancelled qualifying session and before the FRegional Americas race was supposed to the first US F4 race, but that too became a casualty of the weather.

“Rain and lightening moved in the Miami area on Saturday afternoon, soaking the Homestead-Miami Speedway circuit,” read a series statement.

“The downpour lasted for nearly two hours, causing track flooding. Due to the amount of rain received in the short time period, Turn 6 drains backed up and the standing water laid stagnant on the track. The issue forced series officials to cancel race one for United States Formula 4. The makeup round will be announced later this weekend.”

US F4 has already lost a race this season to bad weather, with its season opener ending up becoming a non-championship encounter due to how few laps it ran for before it was called off.

The Sunday schedule at Homestead-Miami is set to include two races each for both of the series.