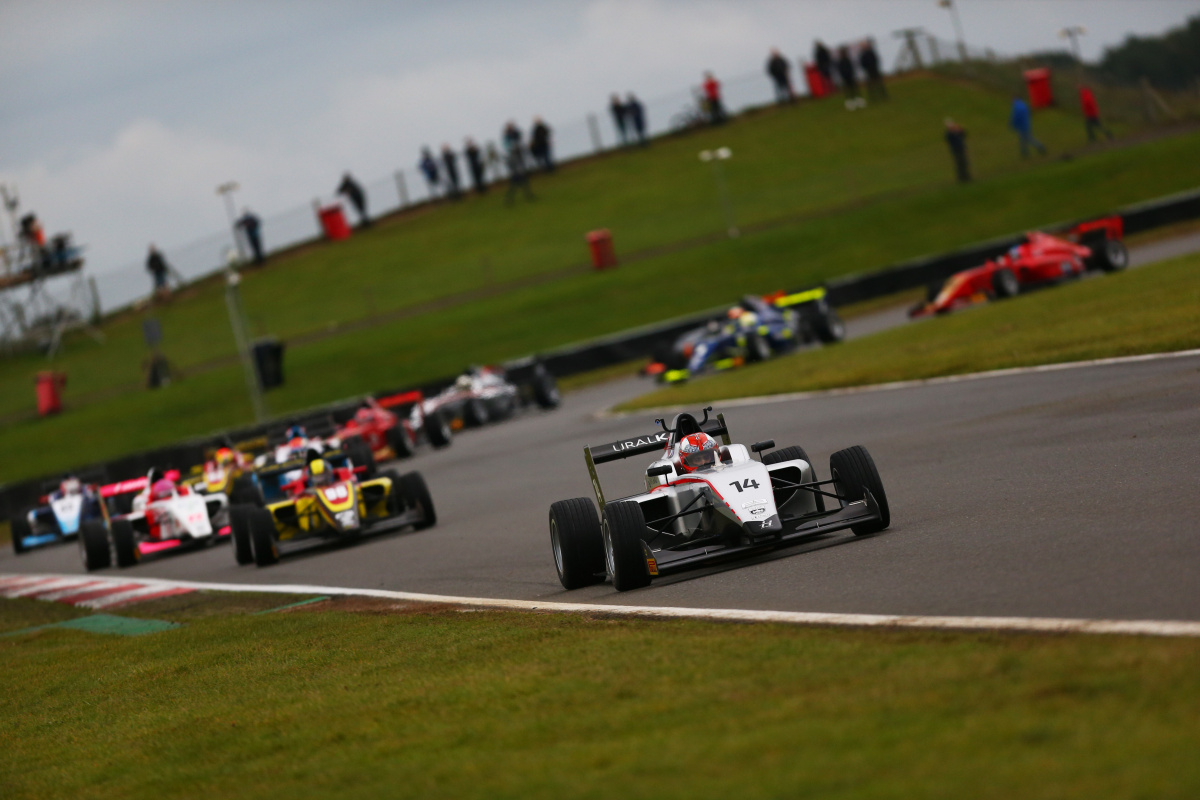 Hitech GP’s Maini finished a lowly 11th in the first race, some 54 seconds behind race winner Kaylen Frederick, of the weekend on Saturday, which had its grid determined by a confusing qualifying in which the chequered flag was shown earlier than it should.

In addition, the safety car boards were shown for a collision between Double R Racing’s Benjamin Pedersen and Lanan Racing’s Joshua Mason at the start of the race, but the race continued under green flag conditions throughout.

Maini spoke to Formula Scout after the second race – in which he won from third – about the confusion.

“The chequered flag came out like 10 minutes into the session [of qualifying] or something,” he said. “But that wasn’t that big of a problem, for me it was race one, where the safety car board came out on lap one and I lost seven or eight seconds from the last sector to the next lap’s first sector because I saw a safety car board so I backed right off.

“What happens then is next time when they show the safety car boards, everyone is going to keep pushing because it might be a mistake. And that’s just unsafe. So that was a bit stupid on the race control side.

“I really think they should have made it half points or something because it basically ruined my race. I dropped back seven or eight seconds and in a 20-minute race, you’re not going to make that back up. It is what it is. I think today was a really tough day but I’m happy to end it with a first.”

Maini also spoke about his day and his season to date, stating that the win in the reversed-grid race was “salvage” after a difficult day.

“I think we’re happy with the end of the day. We salvaged a win today when we weren’t on our best day. I think for the championship leader to qualify eighth is definitely not what I should have done. We underperformed today but I’m happy we’ve done minimal damage even though it’s winning the reverse grid race.

“Overall [a fantastic year], I think something like 10 podiums, three wins, we’re not going to complain. It’s our [team’s] debut year in the championship.

“We’ve probably driven in the proper wet twice in this car so it’s had it’s challenges but I think Hitech is one of the best teams around in junior formulae so if anyone can win it in their first year against Carlin it would be Hitech, so I’m happy we’re taking the challenge to them.”