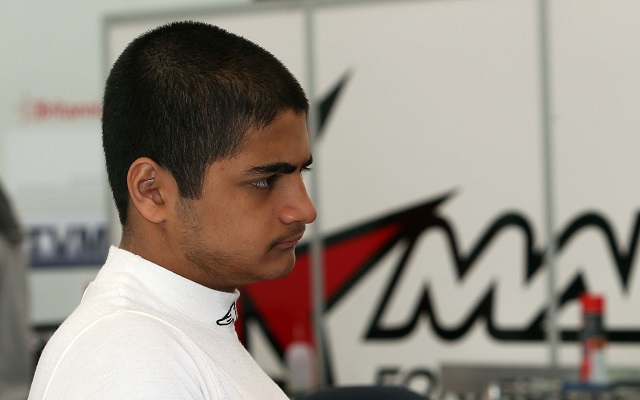 Motopark have confirmed?Mahaveer Raghunathan?as their third driver for their return to European F3 this year.

The 16-year-old Indian makes the step up after competing in the Italian F4 Championship in 2014. His best results were four sixth-place finishes in the final five races, placing him 12th in the final standings.

He joins Sam MacLeod and Markus Pommer in Motopark’s line-up.

“I look forward to making the next step on the motor-racing ladder with a team like Motopark,” said Raghunathan.

“I enjoyed the testing sessions with the Motopark team who made sure I would be comfortable driving the car and were with me in every step. The FIA F3 European Championship will be a challenge for a young rookie like me and I plan to give my best, focussing on every race.”

Team principal Timo Rumpfkeil commented: “The Italian beginner formulae haven turned out a very good breeding ground for young talents. For Mahaveer Raghunathan to cut his teeth there shows how determined he is to make it to the top ? and convinced us that we can turn him into a force to be reckoned with in F3.”

GP2’s Negrao confirmed with Arden for another year