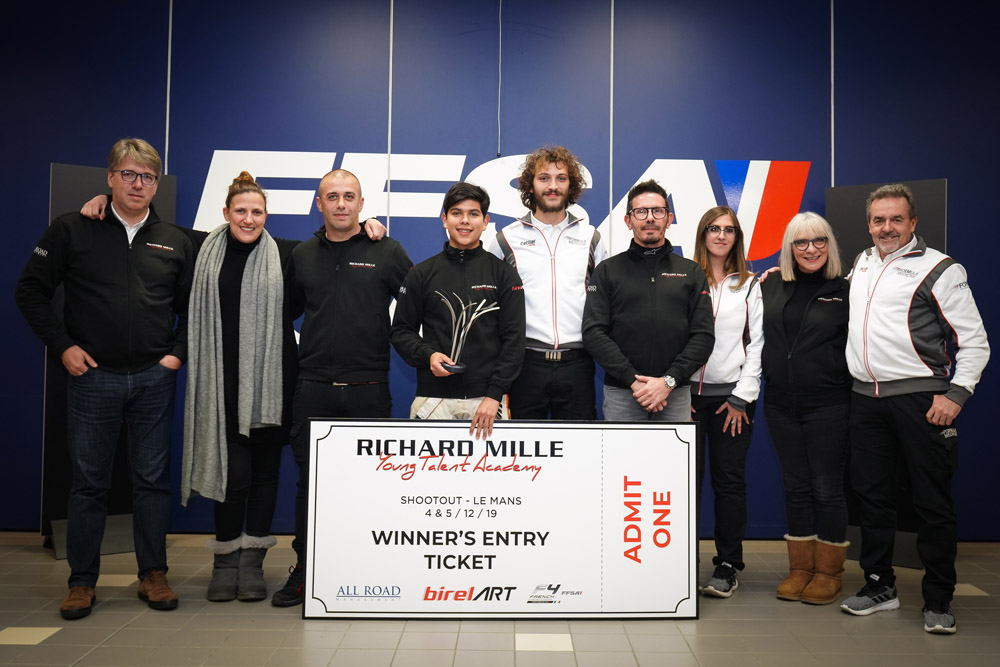 Rafael Villagomez will race in British and French Formula 4 this year after winning the second edition of the Richard Mille Young Talent Academy shootout.

Drivers, picked by Birel ART distributors and the factory kart team, were tested on physical, mental and media skills, and drove the Mygale chassis used in French F4.

Villagomez has also signed a deal with Fortec Motorsports to contest eight of the 10 British F4 rounds. He will miss the Brands Hatch Indy round early in the season and the Silverstone International round late in the year.

?I?m happy to announce that I will be joining Fortec Motorsport for the 2020 F4 British Championship,? said Villagomez.

?It will be my first year moving from karting and joining a team like Fortec is very exciting, I?ve already tested with the team and the feeling was great. I can?t wait to keep working with them and keep on improving throughout my first year.”

The Mexican’s shootout success came in difficult conditions, with fog meaning drivers initially had to set laps in the French F4 cars behind the safety car, before they were free to lap for two 30-minute sessions.

These seven had one final 15-minute session in the fog, which concluded in Villagomez being declared winner.

“This second edition of the Richard Mille Young Talent Academy confirmed the great interest in its concept by giving young kart racers racing under the colours of Birel ART a great opportunity to prepare for their move to single-seaters.

I salute the impeccable behaviour of every participant and wish Rafael, our 2019 winner, every success.”