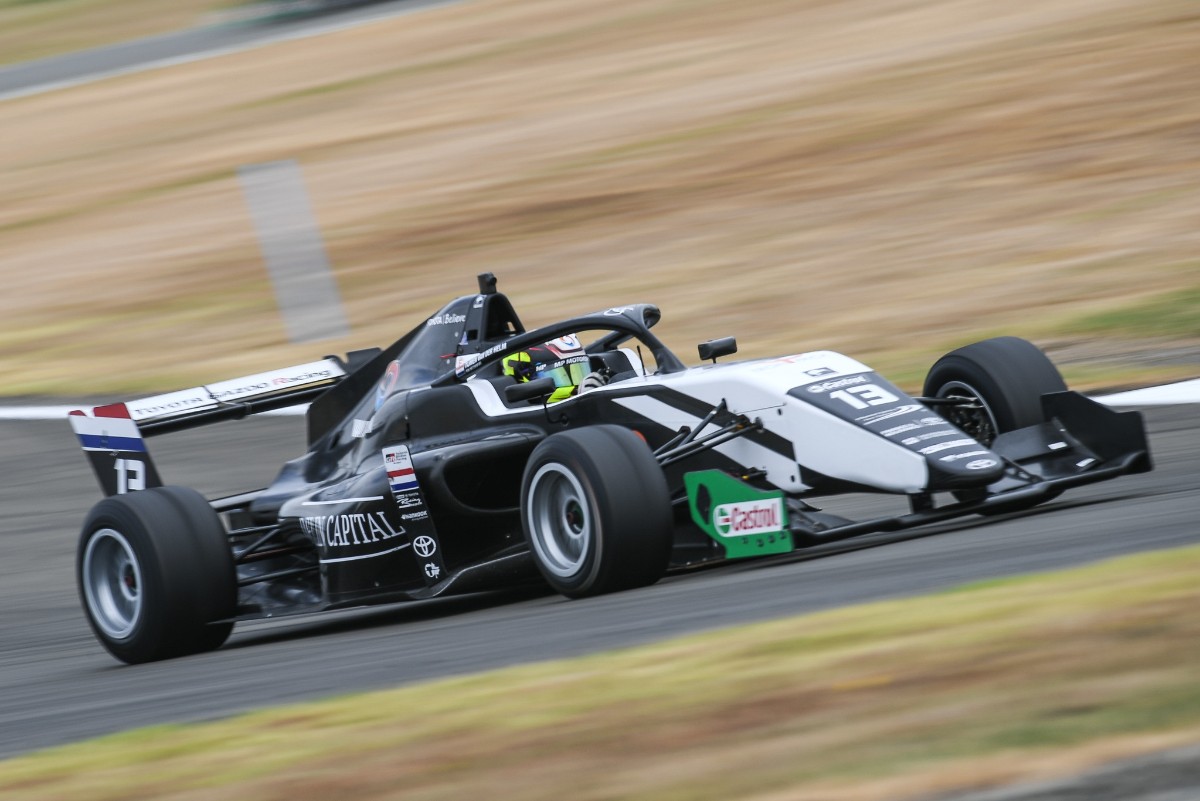 The Kiwi Motorsport driver topped FP1, and also set the pace in the third and final session of the day by 0.020 seconds from MTEC Motorsport by R-ace GP’s Petr Ptacek.

It wasn’t all easy for the rookie, who had a high-speed off through the circuit’s gravel traps but managed to continue.

Gregoire Saucy was the quickest of the title contenders for Giles Motorsport in third, just ahead of rivals Franco Colapinto (Kiwi) and Caio Collet (MTEC). Renault junior Collet was the fastest man in FP2, beating van der Helm and Giles’ Lirim Zendeli.

Sixth placed Oliver Rasmussen had 0.079s between himself and the next five drivers, which consisted of title-battling M2 Competition trio Liam Lawson, Yuki Tsunoda and Igor Fraga, and Rasmussen’s own MTEC team-mates Jackson Walls and Lucas Petersson.

Several drivers had offs at the final corner, and found themselves at the bottom of the timesheets, although it was Giles’ 78-year-old Kenny Smith who ended up in last place.