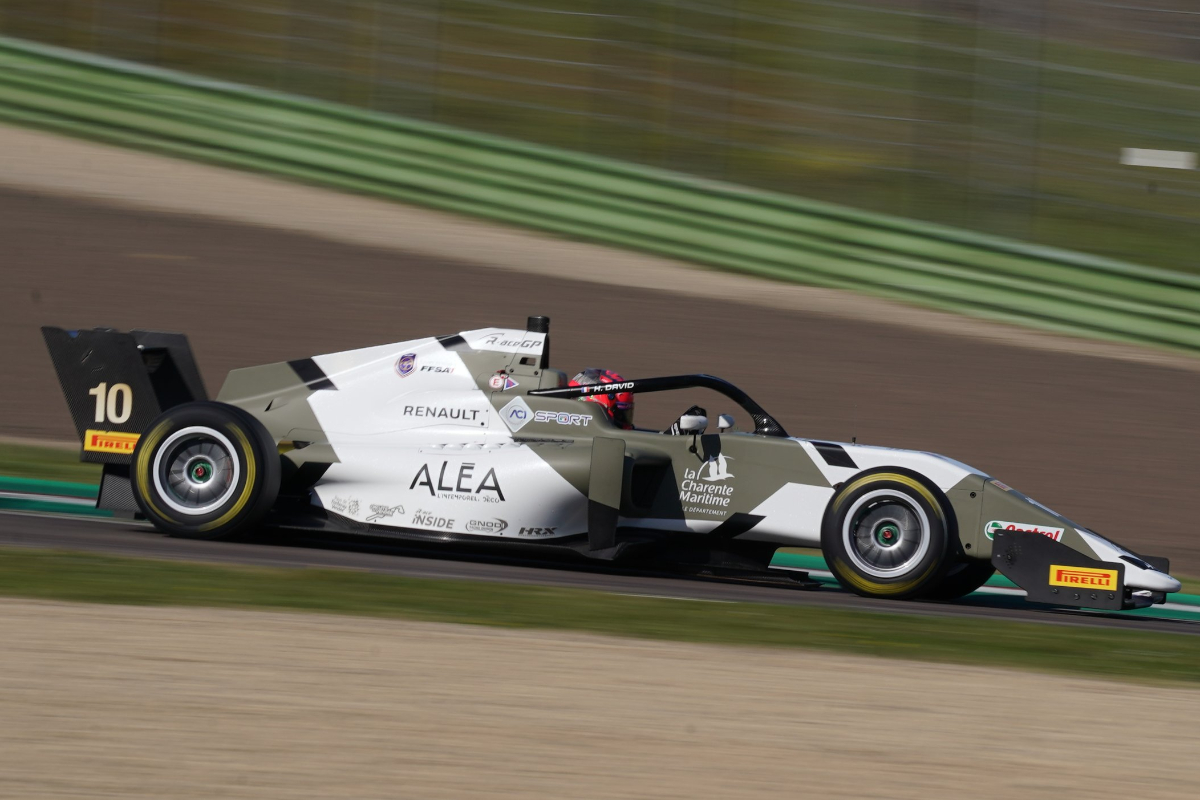 Thursday’s two sessions were frequently interrupted, the first red flag stoppage being caused by Tommy Smith (JD Motorsport) getting stuck in the Turn 2 gravel. Next up was Elias Seppnanen (KIC Motorsport) with technical problems stopping his car at Turn 12, and then Oliver Goethe (MP Motorsport) with a crash at Turn 20.

David was persistently the driver at the top throughout that, laying down an early 1m38.754s and soon clearing the marker he’d laid down the day before.

In the middle of the session a brilliant lap by ART Grand Prix’s Gabriele Mini lifted him to first place and his 1m37.996s ended up going unbeaten.

There was drama after though, with R-ace’s Zane Maloney losing a lap to a technical infringement, KIC’s Nico Gohler causing another red flag and Maloney’s team-mate Lena Buhler failing to even leave the pits.

David was one of the first on track in the afternoon, and he sat atop the timesheet for the first half-hour until Monolite Racing’s Pietro Delli Guanti surprised with a 1m38.801s that vaulted him to top spot.

Delli Guanti’s glory was short-lived, as David reclaimed first place and technical issues hit Delli Guanti’s car which caused another red flag. Gohler had more mechnical woes that led to reds being waved again before laptimes could improve, and it was Van Amersfoort Racing’s Francesco Pizzi who eventually dethroned David with 43 minutes to go of the test by setting a 1m38.320s.

David responded with a 1m37.954s, and his R-ace team-mate Isack Hadjar then matched Mini’s morning benchmark to go second fastest. There were two more red flags to end the day, caused by Gabriel Bortoleto (DR Formula) and Patrik Pasma (KIC).