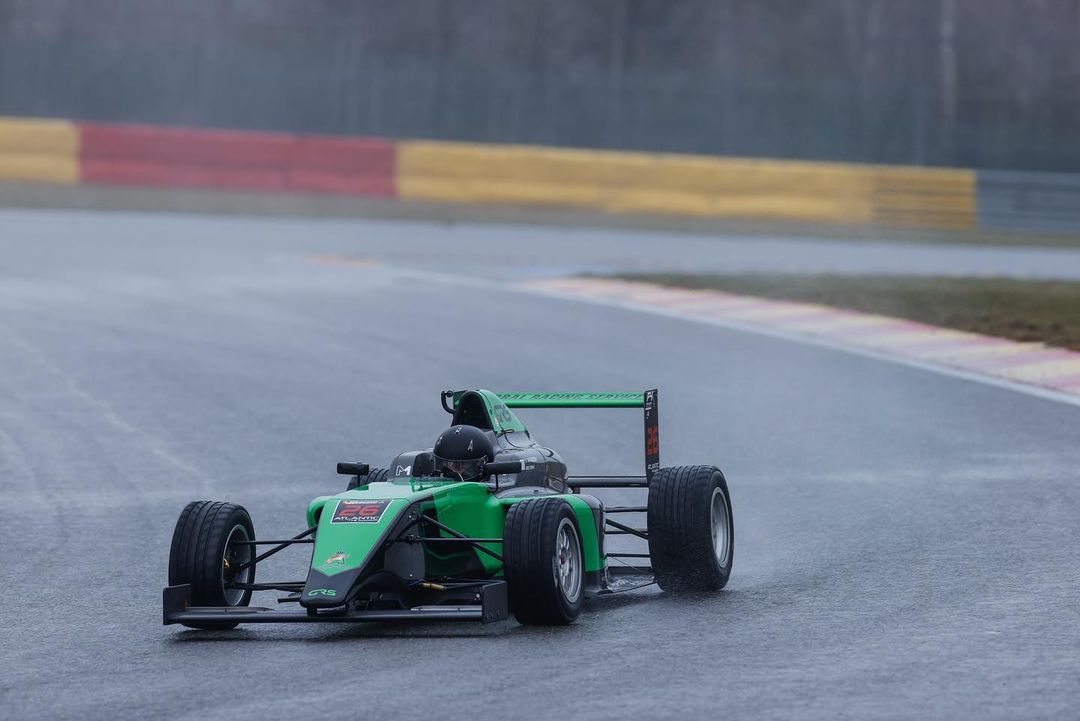 Spanish Formula 4 prepared for its Spa-Francorchamps season opener with a two-day pre-season test at the Belgian circuit.

The test began on Wednesday with snow and 2°C air temperatures, and several loud old GP3 cars being run by Campos Racing and Jenzer Motorsport.

It got warmer for the five-hour afternoon session, which began with GRS and MP being issued a formal reminder to stay masked. Braschi was fastest in the opening hour by over a second from team-mate Santiago Ramos, who surpassed him with a 2m44.881s lap before the first red flag.

After the second red flag, caused by Campos’s Pepe Marti, Praga F4’s Daniel Macia went fastest with a 2m44.039s. He improved by another second but was shuffled down the order as Campos’s Sebastian Ogaard brought the pace into the 2m40s.

Ramos then wiped five seconds from that as the track got grippier in the final hour, as several of the GP3 drivers caused red flags. Braschi caused the final stoppage of the day, but only after setting the day’s fastest lap: a 2m33.782s.

BWR Motorsports and Teo Martin Motorsport chose not to take to track, and MP also had a unused car for Russian karter Miron Pingasov.

It was drier on Thursday, but still chilly, and Macia was the early pacesetter. Again there were several red flags, and Ramos ended the morning on top with a 2m24.486s lap that was 0.142s up on Macia and 0.230s up on Praga’s Bordas.

Braschi started off as fastest in the afternoon, almost immediately beating his morning best within half an hour. Ramos then broke into the 2m24s, before Macia stunned with a 2m23.895s lap that went unbeaten for the remaining three hours.

Bordas completed a Praga one-two, with Braschi and Ramos a closely matched third and fourth.

Marti relied on his morning time to go fifth overall, while the debuting Pinnacle Motorsport was the only team to improve late on as Alex Dunne rose to eighth – just ahead of MP’s Manuel Espirito Santo, who caused the final red flag.