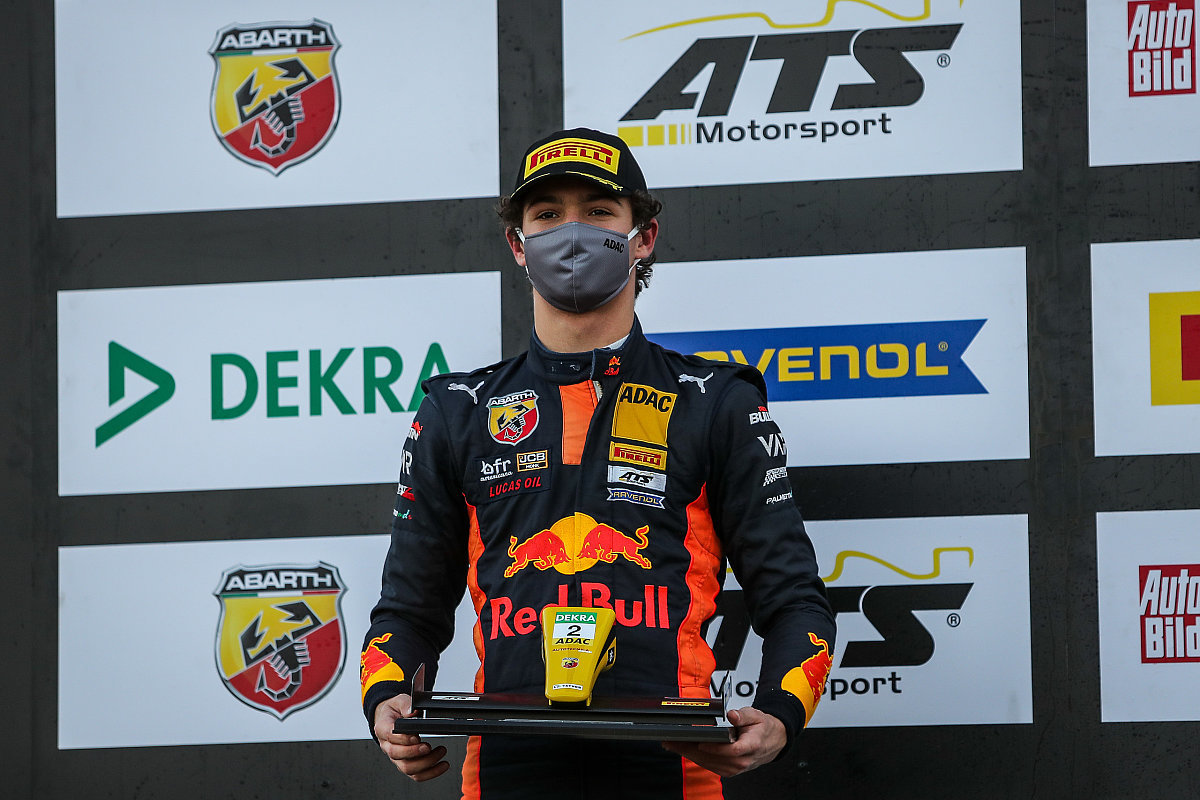 For several years Red Bull made a habit of putting its juniors in two series at the F3 level, with Liam Lawson and Yuki Tsunoda the last to do undertake a double programme when they did Euroformula and FIA F3 in 2019.

Crawford, who has come just short of winning a F4 title twice in the past two years in North America and Europe, has been privately testing old GP3 machinery during winter to prepare for his graduation to the third tier of single-seater racing.

“I am happy and excited to join Motopark for the Euroformula 2021 season,” said Crawford.

“With the team’s success in the past I am hopeful to continue the success and fight in the front for my rookie season. Preparations have already started and it looks to be a good year.”

Motopark did the title double when it joined Euroformula in 2019 with Lawson and Tsunoda among its line-up, and last year it claimed 11 podiums as its Japanese offshoot CryptoTower Racing team took title honours.

BRDC British F3 and Euroformula race-winner Louis Foster has been announced as the first of CryptoTower’s drivers for 2021.

At present, the FIA F3 and Euroformula season finales clash and would mean Crawford would have to miss a round of one of the series.

He also only turns 16 after the first two races of the season on the Portuguese Grand Prix support bill at Algarve, as his birthday lies on the Sunday of the May 1/2 weekend.