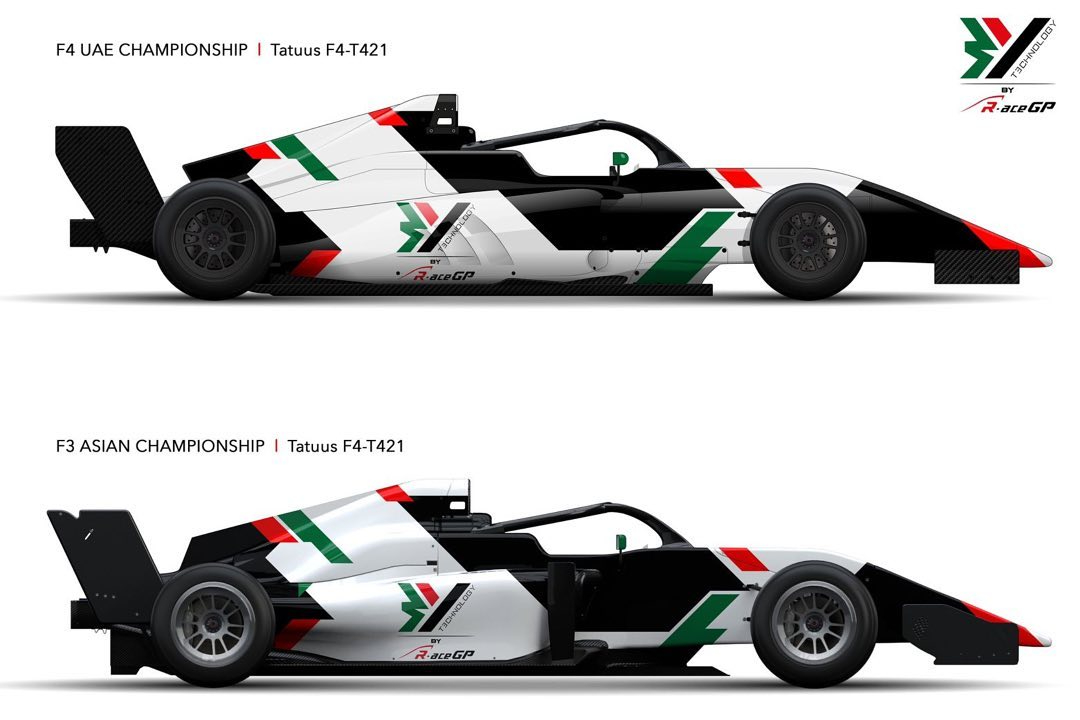 R-ace GP will race in Asian Formula 3 and Formula 4 United Arab Emirates this coming winter, and do so in a partnership with 3Y Technology.

The two series run through January and February of next year at Dubai Autodrome and Yas Marina Circuit, with F4 UAE being the first series in the world to use Tatuus’s second-generation F4 car design.

This has attracted several European teams already, including Carlin, Prema and the partnership of Cram Motorsport and Hitech GP. R-ace competes against Cram and Prema in Italian F4, as well racing full-time in the ADAC F4 championship.

“Based in Dubai Autodrome with a branch in Paul Ricard (France), 3Y Technology has involvement in GT categories, as well as F4 UAE and Asian F3.

“The goal of this new association: to allow 3Y Technology to rely on the expertise of R-ace GP in single-seater, but also for R-ace GP in order to rely on the winter season in Asian F3 and F4 UAE to prepare its drivers for the Formula Regional [Europe] and ADAC/Italian F4 seasons thanks to this collaboration in a new region of the world.”

Asian F3, which is set for a name change after the 2022 season, uses the same Formula Regional chassis from Tatuus that R-ace campaigns in the Formula Regional European Championship, while ADAC F4 is anticipated to follow its Italian counterpart in switching to Tatuus’s Gen2 for next year alongside its existing Abarth engine supply.

3Y has competed in F4 UAE for the past two seasons, as a full-time one-car team in its first year and then as a part-time entrant in its second. It also co-ran a car with Evans GP for the first three rounds of the 2021 Asian F3 season.