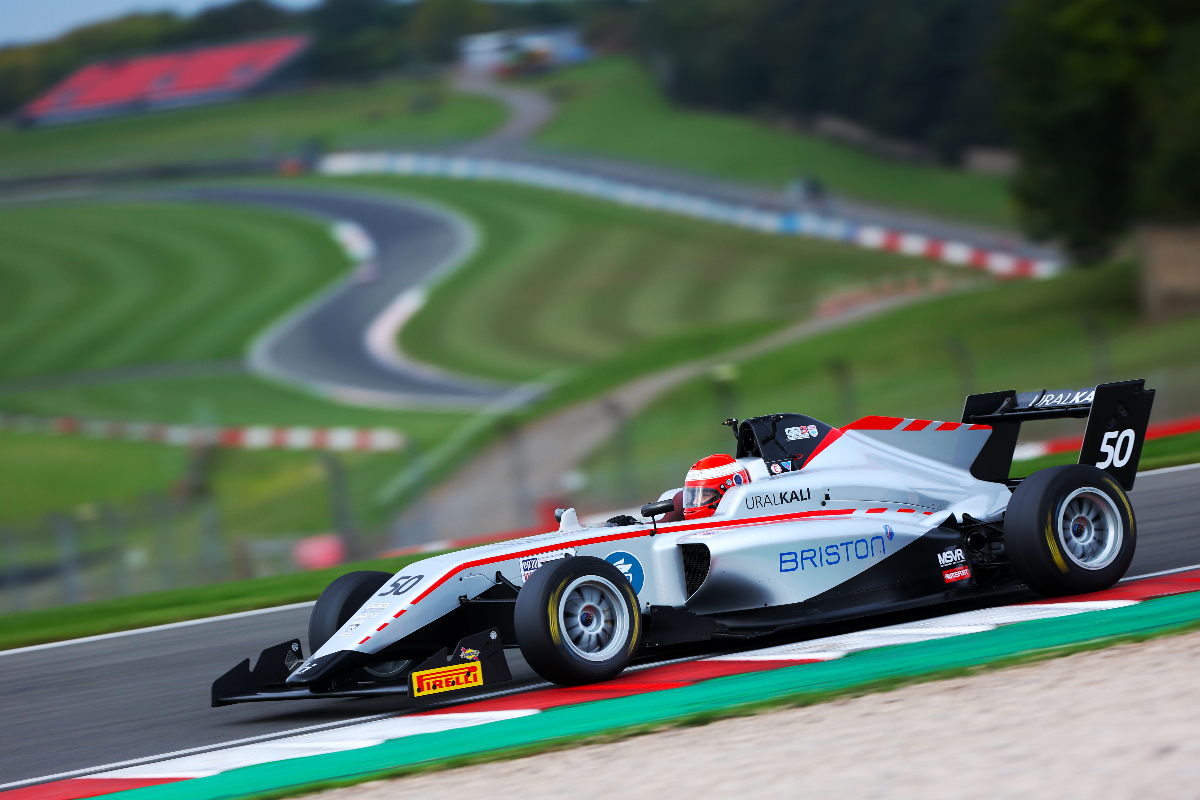 Bart Horsten set a blistering pace at Donington Park to top a 23-driver field that turned up for day one of GB3 testing ahead of the season finale.

Horsten led a Hitech GP 1-2-3 with a 1m24.281s lap set in the morning, bettering the qualifying lap record set by Johnathan Hoggard in 2019.

Reece Ushijima and Sebastian Alvarez were second and third, ahead of Fortec Motorsports’ Roberto Faria and Elite Motorsport’s Javier Sagrera, the top five all setting their best times in session two of four.

Champion-elect Zak O’Sullivan only took part in the afternoon running and was sixth fastest, just under half a second shy of Horsten.

The Carlin driver will officially be crowned simply by finishing race one on Saturday but, with 21 cars confirmed on the entry list for the weekend, his 112-point lead is already likely to be unassailable.

If two more drivers join the grid at late notice, the title fight will continue to Saturday’s race rather than be decided pre-event.

Elite’s Tom Lebbon was fastest in session one, beating Faria by 0.032s on his final lap. Lebbon was the only driver not to improve in the later three sessions, and ended up 10th overall.

Carlin’s Christian Mansell bettered Lebbon’s benchmark by 0.009s halfway through session two. Horsten then traded fastest laps with Ushijima and then set his best with three minutes to go.

Horsten again led the way in both of the afternoon sessions, but was a few tenths shy of his morning effort.

Roman Bilinski was the fastest Arden driver in seventh, ahead of Chris Dittmann Racing’s Ayrton Simmons, as both set their best laps in session four.

Of the weekend debutants, British Formula 4 race-winner James Hedley was 17th for Elite, Eduardo Coseteng was 19th for Fortec and Flynn Jackes 21st for Hillspeed, despite an off which caused session two to end early.

Douglas Motorsport has Tommy Smith return to its line-up, and ran F4 racer Marcos Flack in the test. He was 11th fastest.

Carlin fielded a fourth car for its F4 driver Tasanapol Inthraphuvasak, who was testing as he evaluates his future career options. Both drivers could potentially join the weekend grid.