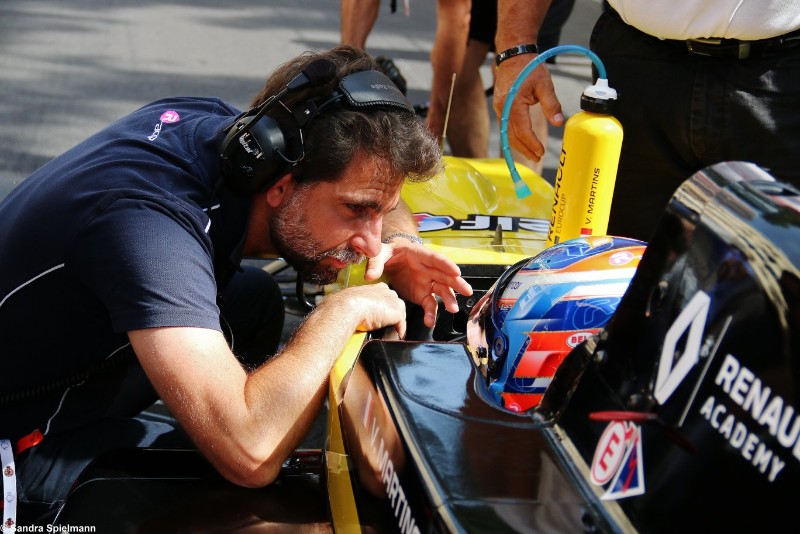 Only eight years old, R-ace GP has already fielded the likes of Pierre Gasly and Esteban Ocon on their way up the single-seater ladder. It’s a team synonymous with Formula Renault, and it’s focus on that category rather than diversifying means it has flown slightly under the radar. Despite winning the Eurocup and Northern European Cup for the last two years, that is.

It was launched in 2011 by?Thibaut de Merindol and Cyril Comte, who inhabit the roles of team principal and technical director, ex-employees of the recently defunct Formula Renault 3.5 team SG Formula. De Merindol picks up the story from that point.

“I became technical director of SG Formula and Cyril was working with me as an engineer on different programmes. Then SG Formula stopped at the beginning of 2010, so basically we had no job.”

De Merindol didn’t waste his time, becoming a race engineer at Tech 1 Racing for 2010 and adding some extra skills that would be useful for his future as a team boss.

“For us it was the opportunity to create the team, as I had a good relation with Cyril, together. To be honest we were already thinking before that the next step would be to start our own team.

“When SG stopped, we had the opportunity to buy all the materials. The trucks, the tool boxes, not the cars.” 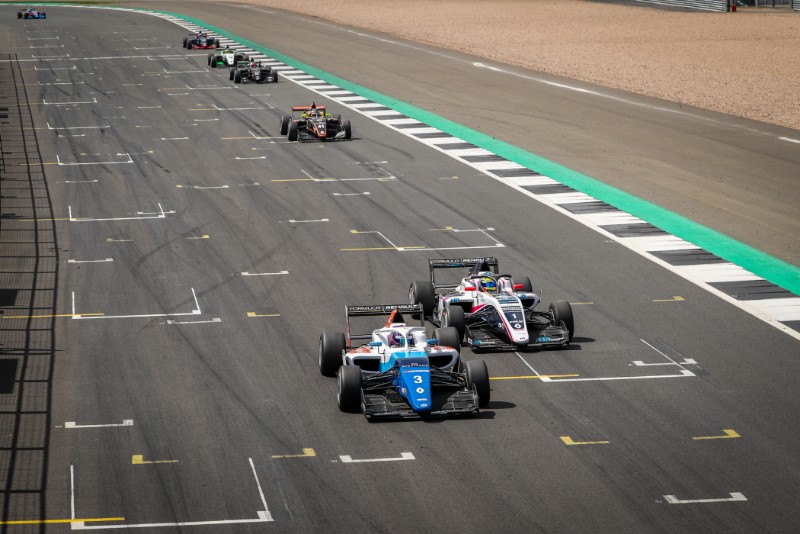 “Before working with SG Formula I did all my engineering school internship, and my first year of race engineering, for ART, when it was racing in French Formula Renault. I did that from 2001-’03, and SG Formula started in 2004.

“I always kept a good relation with Fred Vasseur and Nicolas Todt, and when they saw that we decided to do our own team, we proposed to them to join the project, which they did.

“From the start they were in the boat with us. We entered the team under the name ?ART Junior Team? from 2013-’15.

“We split with ART when Fred Vasseur went to work for Renault F1, because it was a bit of confusion as he was also in charge of the Eurocup championship. It was a bit of a problem, as he was involved in our team. At that point we found it was the time for us to continue our route by our own wings, I would say.

“It was good opportunity as well at that time to say: ok, we bought the parts. Because ART was a shareholder in our team, so in 2015 or ?16 I think, we bought the shares back. ?But we are still working together on some areas. We use their simulator in Paris. They’ve supplied some engineers in our team for three, four years now.

“We are always having one engineer from them coming in our team. It?s good for them because I would say – we?re not preparing their engineers for the highest categories, but it?s a good technical partnership we have had since the start and kept even when we stopped the ART Junior Team [name].” 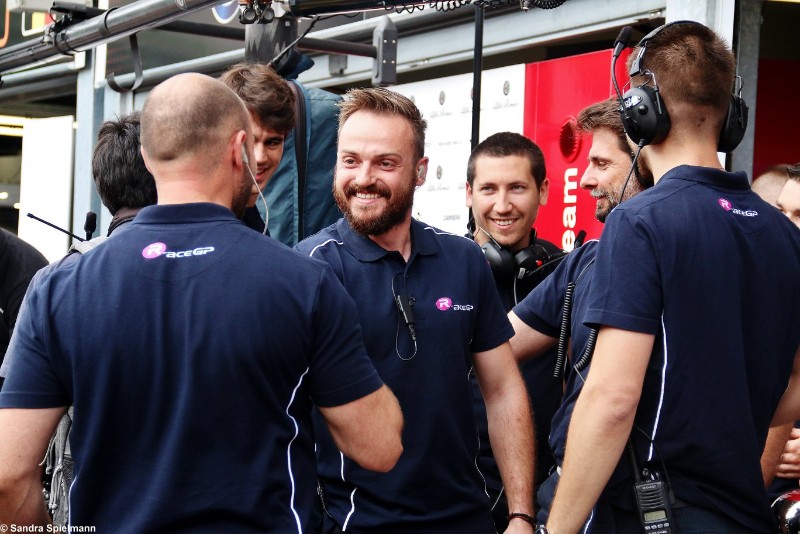 The ART link isn’t the only one that runs strongly through the team, as many of its members have studied at ESTACA in Paris, the same engineering college de Merindol and Comte attended.

“Most of our engineers come from the same engineering school that we did, and?I hope all my guys have a great success in motorsport. There are many routes in motorsport, you can decide to go to higher categories, go to F1 if you are a good engineer.

“Or you can decide to make your own team. It?s a totally different career perspective but there are many perspectives you can have. As soon as you are good enough, you have opportunities.”

Although the de Merindol-Comte combo was long established, it took a while for R-ace GP to prove itself in the Eurocup.

Its debut year in 2011 resulted in just two podiums and eighth place in the teams’ standings, with future sportscar star Norman Nato picking up both rostrum appearances and 11th in the drivers’ classification. The sophomore season, the last with the tricky Barazi-Epsilon car, was an improvement but it was in no place to fight for victories. In FR NEC however, it was able to take a first triumph with McLaren junior Nyck de Vries.

“We won the Eurocup rookie title with Nyck de Vries in 2012. And?thanks to that we got Esteban Ocon the year after, because Nyck went to Koiranen for his second year as he believed we weren’t ready enough for him to fight for the title. He was fifth again with Koiranen in 2013. 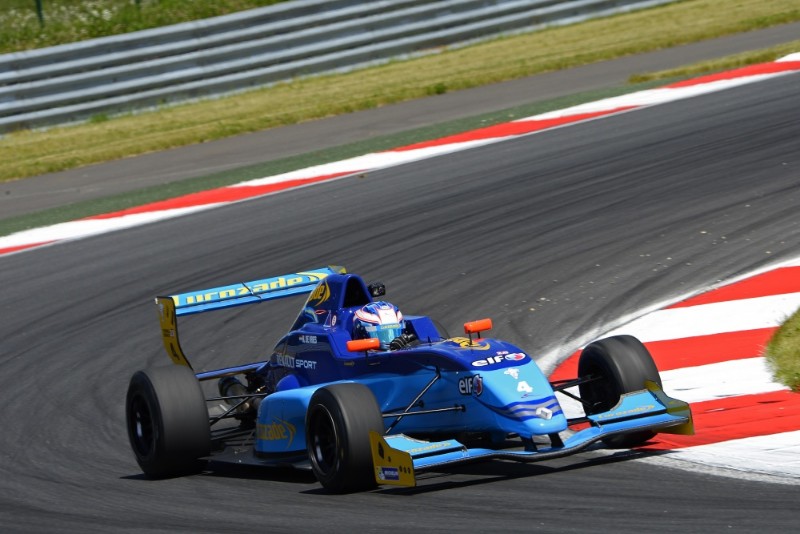 “Esteban is for me one of the most talented drivers we had. His ability to adapt to track conditions, to understand very quickly the situation and to be very clever, was quite impressive. [Pierre] Gasly won that year with Tech 1, and [Oliver] Rowland was second [ahead of Ocon]. I think Esteban should have fought more for the title, but as a team it was only our third season and I think we were not as ready as we are now.”

De Merindol puts R-ace GP’s early success down partly to the “good drivers” it had, and that it was exposed when it did not possess a ‘superstar’ talent.

“I think we did a proper job but not as good as what we are able to do now. We had two very difficult seasons in 2014 and ?15. From that point, we reorganised many things from 2015, because we realised we were not good enough and had to change things in all the aspects of our job: organisation, logistics, engineering, everything.

One of the key changes in approach de Merindol cites is that Comte and himself, who were used to considerable success with SG Formula, only had an “engineering view” when initially running their team. 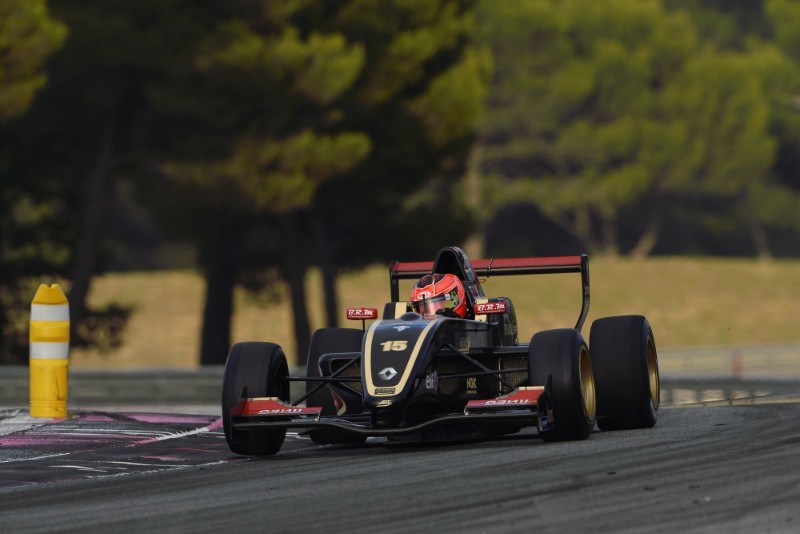 “We had to take a big step back to understand that it?s not only about engineering and set-up,” de Merindol explains.

“That there is many other areas you need to set up properly to make the team work properly. This took us a bit of a while. And that?s what we needed to do after 2013, when we realised that R-ace GP was not enough to have the success we used to have, which was fighting for titles. That was the big wake-up call.”

In 2016 the team ran Josef Kaufmann Racing’s Lando Norris close in the Eurocup and NEC with Max Defourny, which included the famous on-track battle the duo had at the Red Bull Ring.

“It was frustrating but good memories. That was the first year where every time we were coming on track we knew we would be fighting for pole positions and maybe wins, against very good competitors that were JKR and Norris. So we knew we were on a good way for the team, and that finally we were fighting for the title.

“This was something new for us, so that?s a very good feeling. And that?s something, as I said before, we used to know but we lost at the start of R-ace GP. It was good to feel that we’re finally back in business the way we want. But very frustrated because at the end Norris won.

“The Red Bull Ring battle is a good summary of 2016. We were as fast, even faster at that point than Norris, but at the end we didn?t have all the little details compared to JKR, as for us it was our first year at that ?level? – getting the results [we wanted].

“We had the potential, we had the speed, we had all that – but were missing a little bit. From 2017 we were on that level.” 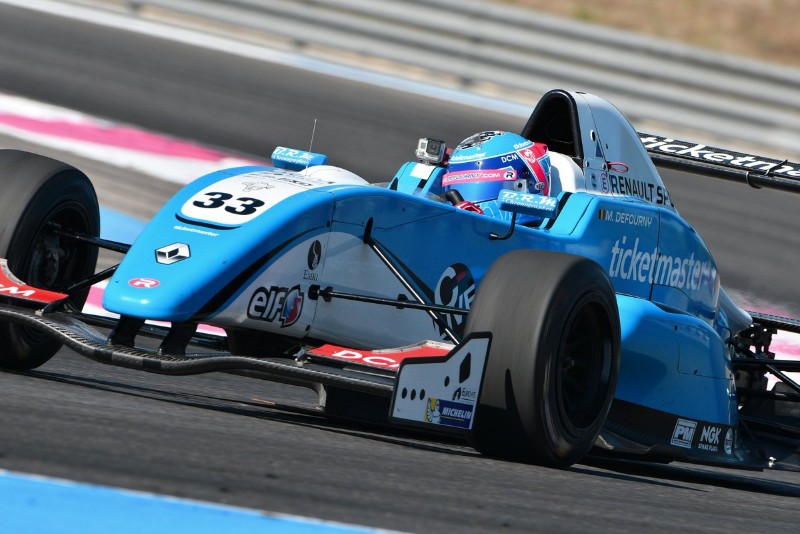 In 2017, R-ace GP ran Will Palmer and Robert Shwazrtman to second and third in the Eurocup standings, ensuring it won the teams’ title, a feat it repeated in NEC after Michael Benyahia clinched the drivers’ championship too. The teams’ title double happened again last year, with Max Fewtrell picking up R-ace GP’s first Eurocup crown.

Despite using identical equipment and mostly similar driving line-ups, the Eurocup and NEC squads were in fact manned by completely separate units of staff, with de Merindol as the only crossover member. This ensured there was no priority in one championship over the other.

Data sharing helped both teams improve, but it’s a setup that works differently now as NEC’s demise means the second squad now work on a ADAC Formula 4 campaign. In addition, the Eurocup’s brand new car for 2019 means there is little that applies to both championships.

De Merindol’s highlight of R-ace GP’s history is the ‘mistake-free’ 2019 title, led by a driver who even when down in the standings “never lost his way”.

Having “started from zero” with the brand new Eurocup car, R-ace GP has done an impressive job to lead the teams’ standings.

“When you believe you have a little advantage, or you understood quite well the tyres or the car, you want to keep it because it?s like a security. But it?s not challenging, so I totally accept that at one point you need to change the car. And if we are good, if we deserve to be the best, we should be able to find a way with the new car.

“Yes it would be more comfortable to stay with the old car and have the benefit of our experience, but it?s not the way we see our job. We like challenge.” 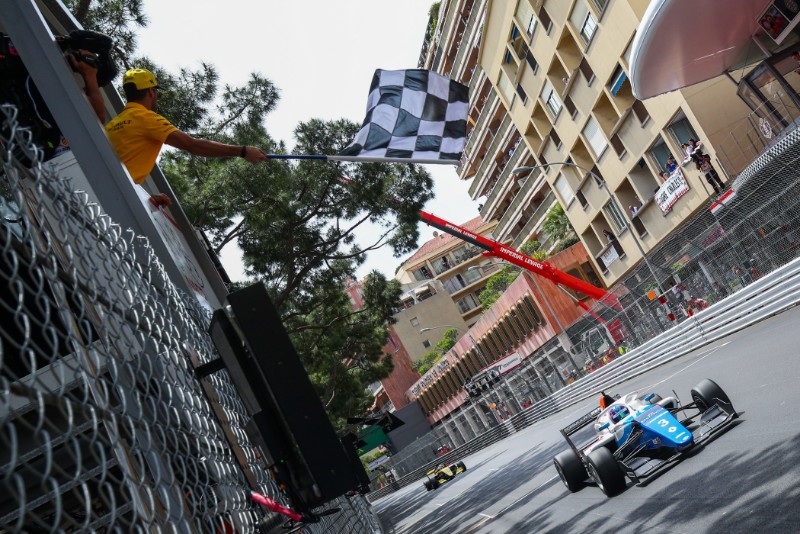