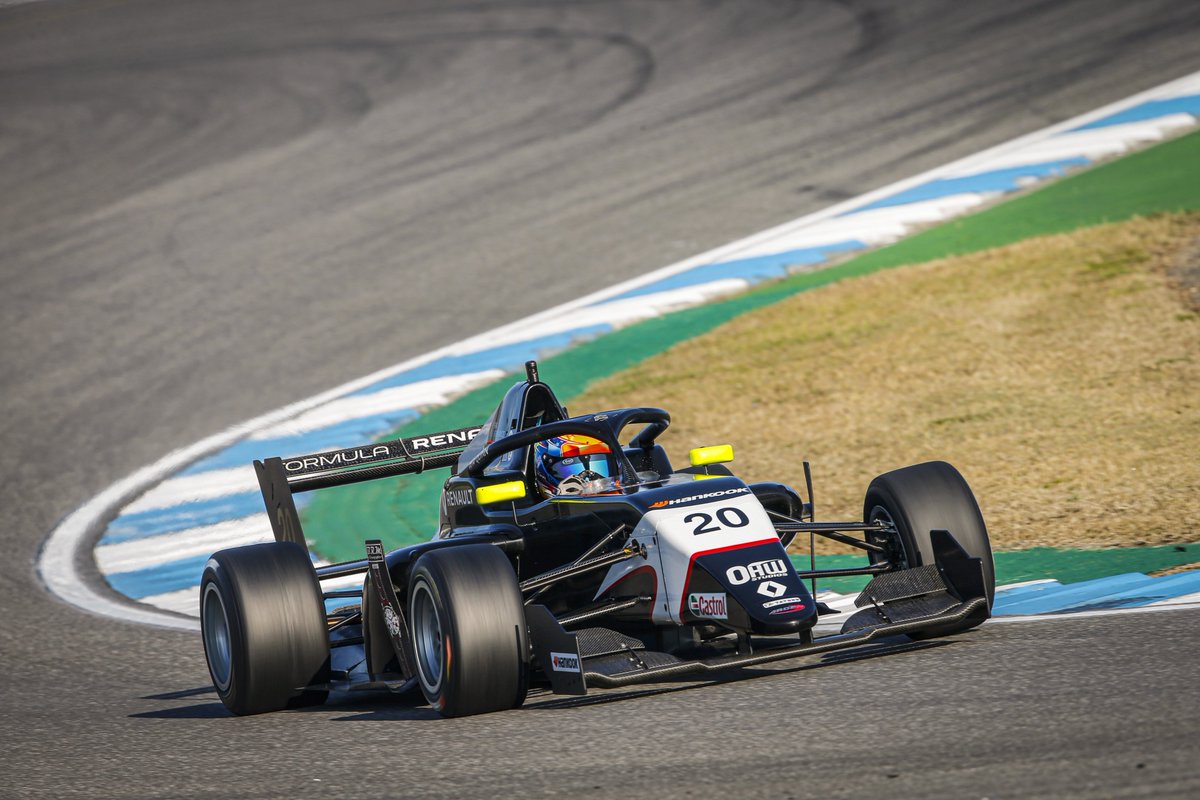 Quinn was second fastest in the first free practice, behind championship leader Victor Martins, before the positions were reversed in the quicker FP2.

Track activity was delayed due to heavy fog in the morning, and the first free practice session was reduced to just 30 minutes.

Caio Collet set the pace early on and was the first driver to set a time sub 1m40s, but dropped down the order as others found improvements.

Halfway through the session, David Vidales topped the order, ahead of Franco Colapinto and Hadrien David.

Martins eventually claimed the top spot in the closing stages of the session with a 1m37.375s lap.

Quinn had been consistently towards the front of the field throughout the session but, after the initial laps, would never hold the top spot. His final lap of the session was enough to put him second quickest, just 0.201s behind Martins.

FP2 was a different story. Martins, Collet, and Paul Aron swapped places at the top of the order in the first part of the session before Quinn managed a 1m37.790s lap to go top of the order.

The Arden Motorsport driver continued to find improvements, shaving half a second off his lap time to go quicker than he had in FP1.

Vidales dropped back to third, ahead of Collet and Tijmen van der Helm, who had been quick early in the session.

The Bhaitech entry of Lorenzo Colombo has been withdrawn following several cases of COVID-19 within the team.