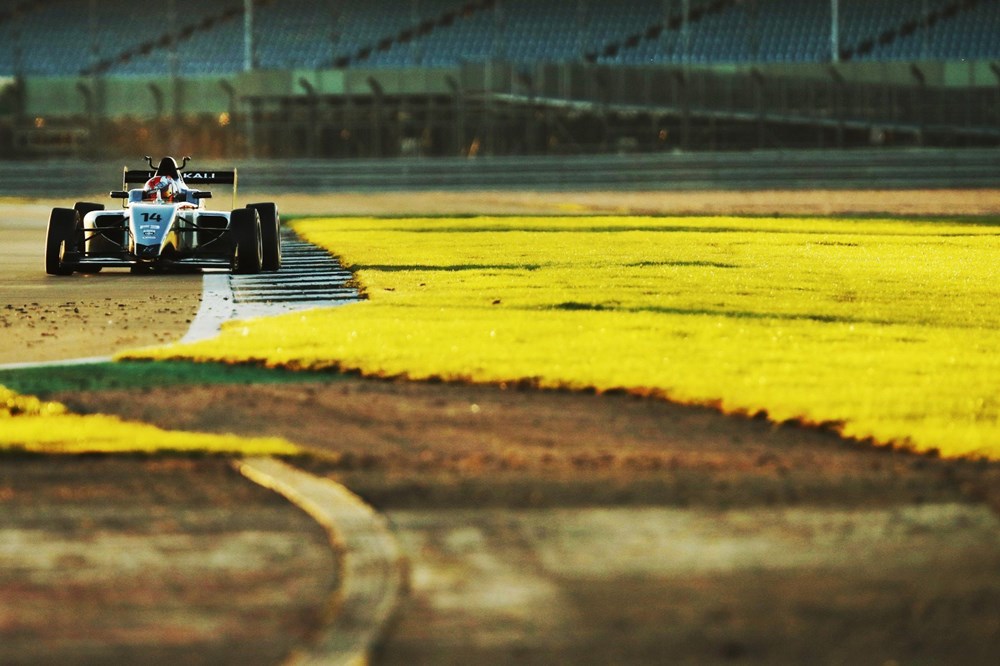 The Indian, who the lost the points lead in the penultimate round at Donington Park, broke the series’ lap record in the opening three-hour session on Thursday and then improved on that laptime in the afternoon.

His morning margin was very small, with Douglas Motorsport’s Ulysse De Pauw and Fortec Motorsports’ Roberto Faria both within a tenth of a second of Maini’s pace.

There were several new and returning faces in the session, most notably JHR Developments’ Ayrton Simmons. The Euroformula racer was a title contender in BRDC British F3 last year and made a winning return to the series with Chris Dittmann Racing a few months ago.

Jonny Wilkinson, about to enter his second weekend in single-seater racing, made his series test debut with Fortec and Carlin rewarded its British Formula 4 title contender Casper Stevenson with a try-out in one of its cars.

Maini had to put in two late laps to topple Carlin’s points leader Kaylen Frederick from top spot on the timesheet in the afternoon, but in doing so he opened up a 0.209s margin between the two, and with few drivers improving in the colder conditions of Friday it meant those stood as the fastest laps of the test.

There was just a 0.088s gap between Maini and Faria at the top in Friday’s first session, while Frederick was his closest rival again in the final test session.

It was De Pauw who ended up third fastest overall, ahead of title rival Nazim Azman (Carlin), Simmons and Faria.

Louis Foster was the slowest of the five drivers in title contention, he and Double R Racing team-mate Benjamin Pedersen ending up over a second off the pace in 14th and 15th.