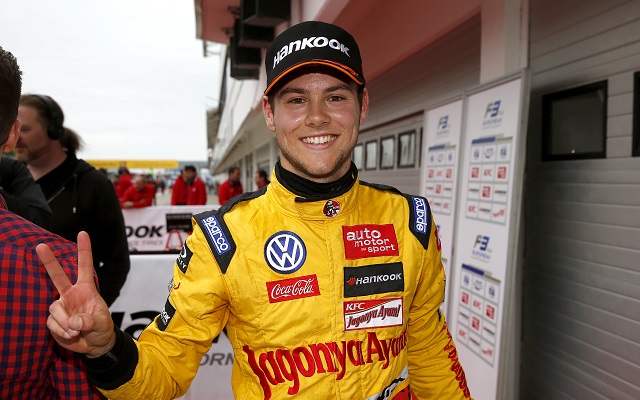 Tom Blomqvist has capitalised on a move to top Formula 3 team Carlin for 2014 to inject some momentum back into his career. The son of rally legend Stig, he won the Formula Renault UK title at 16 in 2010 but his step up to F3 saw him struggle with smaller teams due to a lack of budget. Now though, he’s fighting at the front end and winning races against some highly-rated competition in the FIA F3 European Championship.

PaddockScout had the chance to chat with Tom after the second race of the Moscow round.

In 2014 so far, you’ve ran 20 races and finished 15 of them in the points, won three of them… are you satisfied with how things have gone?

Hmmm… to an extent. I mean, I had a good start to the season, winning the first race of the year. But it’s been a little bit too inconsistent. I’ve had a bit of bad luck as well – the engine problems, Norisring, the Spa qualifying. Things haven’t all gone our way, which has been a little bit disappointing. But I’ve had the speed to win in most cases, so that’s pretty positive.

If you take away the outside factors – the machinery, the luck and so on – have you been satisfied with your driving performance?

Yeah, I mean, I think I’ve been going well. Quicker than my teammates most of the time so that’s a pretty good benchmark. I’ve had a couple of poles… though some were taken away due to the engine change. The race pace has been pretty good so I have to be pretty happy. I mean, I’ve made a few mistakes as well, but you learn from those and, so, yeah.

Looking back on your earlier years in F3, how does racing with Carlin stack up to EuroInternational or ma-con?

Well, you know, it’s a lot of different. Ma-con and EuroInternational were both pretty small teams, we didn’t have big budgets. Carlin, meanwhile, have been very successful for a pretty long time in Formula 3. And, in F3, you don’t really see anyone but Carlin or, like, Prema out front, although Van Amersfoort are currently doing a very good job for a smaller team… And, like, this year I have five teammates, while I had only one at ma-con and none at EuroInternational. So it’s a big change and now every time I come to race weekends I have a real good chance of fighting for poles and winning races. 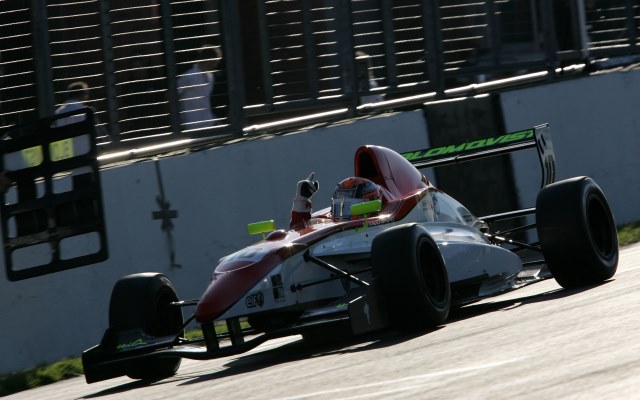 Which of your seasons in car racing up to this point have you been the most proud of?

Well, it obviously has to be the Formula Renault UK year when I won at such a young age. After that, it has plateaued a bit because of a lack of funds. ‘Cause, you know, when you’re not in the right machinery, it’s not very easy to get the job done.

But I’m here and I’m very happy and very fortunate to have the support of the Gelaels and Jagonya Ayam, because without them I wouldn’t be in the position I am in now. So I think I’m driving really well again and it’s good on a mental level to have a strong car and be in a good environment. So, all is good this season.

Well, obviously, it was a logical next step, but I didn’t have any funding. I was real young then and I thought, “well, I’ve just won the championship, I’ll be doing Formula 3 next year no problem”. I didn’t quite understand the reality of the whole business – and, because of a lack of funds, not much was exactly possible so I had to go and do German F3 which was like a half-season… I mean, the team [Performance Racing] helped me out a lot, but we still didn’t have the funds to compete properly.

And the last two years have been the same, so it’s very good now to be back at the sharp end. And, I think, the only reason I’m still in F3 at this point is because I didn’t have the funds to progress earlier in my career.

You make it sound like you’ve had a very hands-on approach to the decisions you’ve made in your career – where you ended up going and all that. Is that really the case? Do you manage your own career?

No, no… I mean, I had a manager and, obviously, right now I’m with the Gelaels who are supporting me financially, which I’m so thankful for. But, yeah, I didn’t use to have much of an input into the decisions that were made and we obviously needed to do what’s best for my career. 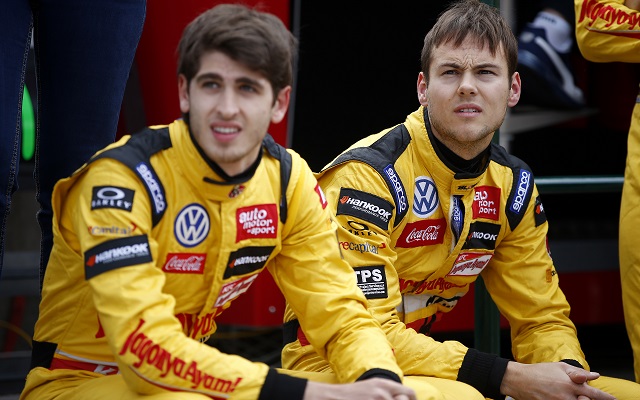 What can you say of the two drivers that you mentor at Jagonya Ayam with Carlin – Antonio Giovinazzi and Sean Gelael?

Well, compared to me, they’re very inexperienced in single-seaters. Sean is quite young… he doesn’t look it, but he is. And he hasn’t done like me and Antonio – we’ve been karting since we were very little, while he started quite late. So, obviously for him, it’s a little bit different. But, he’s getting used to things very quickly. He’s a good kid, he’s had a few good races, just needs to, you know, keep developing, keep working hard. He’s had a pretty tough weekend so far here and so has Antonio…

Antonio is very quick and very talented – it’s just a matter of him trying to get everything together. Certain things haven’t gone his way either, but, you know, he just needs to bounce back from that. So, we’ll see at Red Bull Ring – he knows the track, he’s quick there… and Sean has also been doing a very good job there in pre-season testing.

We get along very well, we’re all close friends and we spend a lot of time together, so that makes the mentorship enjoyable as well. I’m happy I’m able to spend time with them, it’s good fun.

Obviously, yeah. New Zealand was small-time – I did my karting there and saved a heck of a lot of money racing karts there and not in Europe. And the competition there is quite strong, we’ve had a lot of good drivers – Mitch Evans, Nick Cassidy, Richie Stanaway, those guys were all doing karting there.

And, well, then we went to Sweden, mainly because we didn’t have any money. That was pretty small-time as well, very little budgets. But it was good stuff.

Then we went to the UK in 2010, which was obviously a bit step up. I had to learn a lot but I was quick, which allowed me to be quite confident in myself. But, yeah, it obviously kinda plateaued from that point on, but now we’re on the European stage, which I see as the pinnacle of it, really.

Do you think the Red Bull Junior Team scheme gave you a fair shake?

Hmm… I mean, if it wasn’t for them, I probably wouldn’t have raced last year or I would’ve done some other racing. But, I mean, you know, I didn’t really have the equipment that I needed to fight for wins… and they obviously knew that… but that’s how that goes.

Do you think the title fight is out of the question this year?

I mean, realistically, yes. So I just want to win as many races as possible. Obviously, I want to do well in the championship, but I also want to win races and Ocon’s got a massive lead. 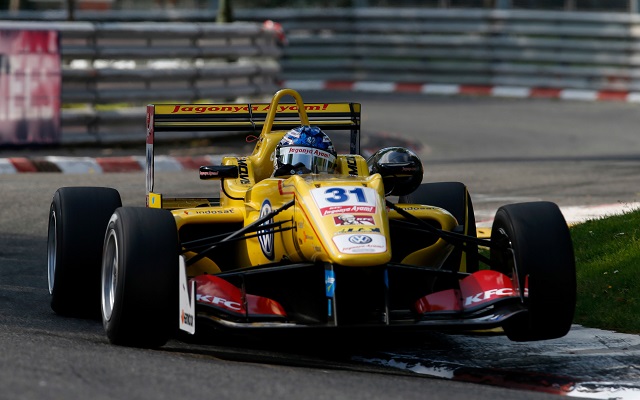