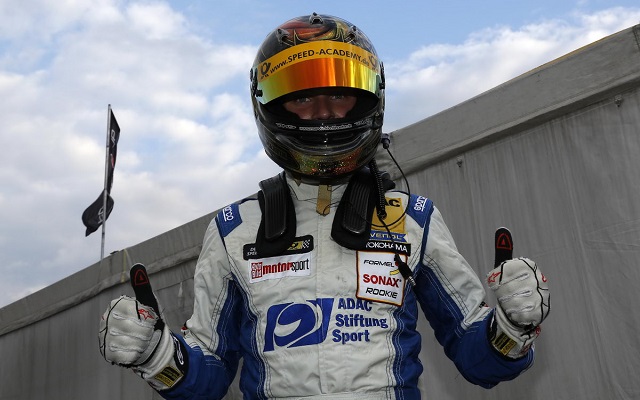 After kicking off his career in single-seaters with the 2012 ADAC Formel Masters title, Marvin Kirchhofer went two for two this year, as he dominated the German F3 championship. We got to chat to the Motopark man about his two title successes and his plans for the future…

How did you end up getting into motorsport?

When I was 4, my dad took me to a go-kart track, where I had a lot of fun with the 2-hp strong kart. So we decided to have fun every weekend, going to the track with the small kart. After a few years, I did my first championship. And that’s when it all started to move along!

Looking back on it, how would you rate your rookie year in car racing in ADAC Formel Masters?

It was an amazing year for me! I had to learn a lot because it was my first year in single-seater racing. I think the steps I made in the ADAC Formel Masters are really important for the future of an racing driver.

You have been part of both the Deutsche Post Speed Academy and ADAC Siftung Sport. In what ways have the two programmes supported you?

They supported me in many different ways. First of all, the gave me the opportunity to race because they made it possible for me to have the complete budget. They also helped me get into touch with new sponsors, assisted in building up my fitness level and my media relations. 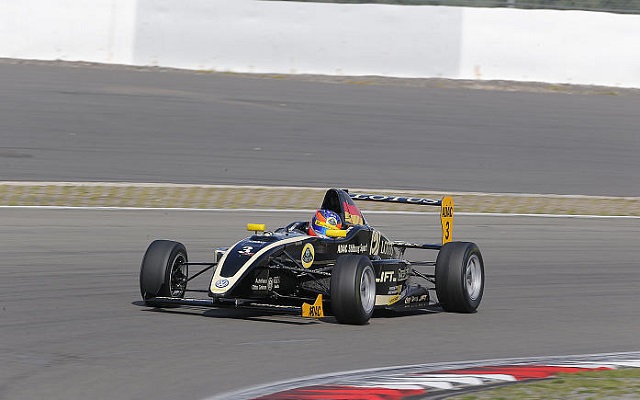 The 2012 season was the stage for Kirchhofer’s successful rookie year in single-seaters (Photo: ADAC Formel Masters)

Your German F3 title was secured in a more dominant fashion than your previous ADAC Formel Masters success. In what ways do you think you improved from one season to the next??

I learned a lot in my rookie season in the Formel Masters. One of the main issues was my confidence. I struggled a lot midway through of the season because I was thinking too much about the title. That’s when Gustav Malja took the lead in the championship. This year, I just tried to be as confident as possible and take the most points out of every weekend. I also got better at racing against other drivers.

You have been inseparable from Motopark for the first two years of your career. How would you describe your experience with the team??

It is really nice to work with them! It always felt more like being part of a family. They tried to support me in every way they could. Even if I made mistakes, they helped me fight my way back and win races. Especially in 2012, when I struggled a lot in the middle of the season.

You’ve been linked with GP3 and European F3 in 2014, have you made a decision in favour of one or the other?

I really like the GP3 Series. I think if you are aiming to reach F1, this is the best international school you can get. You get to learn on the right racing tracks, you have to get used to the Pirelli tyre management and you drive in the frame of the F1 weekend.

Who was your toughest rival over the two years of your single-seater career?

My toughest rival was Gustav Malja. It was really nice racing and fighting with him last year!

What do you think is your biggest strength as a racing driver?

I know what I want and I trust myself when I have to make a decision.