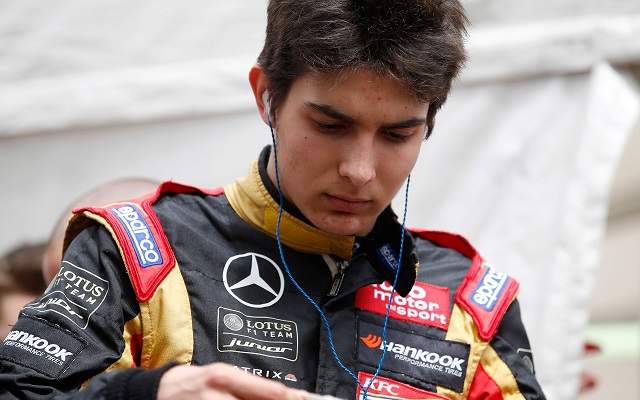 Esteban Ocon has been one of the stars of the junior single-seater arena so far in 2014, winning races regularly in the competitive FIA F3 European Championship despite his status as a rookie. Still only 17 and a member of the Lotus F1 Team’s junior setup, Ocon previously spent two years in the Eurocup Formula Renault 2.0, finishing up third in the 2013 standings.

After claiming his sixth win of the season in race one of the Moscow Raceway round on Saturday, PaddockScout spoke with the Frenchman.

Six wins and 16 podiums in 19 races. Did you expect those kinds of results at all coming into European F3 as a rookie?

No, I did not expect that, for sure. I was expecting to be at the front, but… I think we did a really good job during the off-season as a team and now every track we go to, we have a good car that just needs some slight set-up adjustments. For sure, when we are running high downforce, we’re better than the others, and we’re always up there even at low downforce… so, everything is pretty much perfect every time, which lets me fight right for the top.

Is working with a team like Prema different to the teams you’ve previously ran with?

Well, for sure, one can see that they are more experienced and why they won so many titles in the past. It’s a really good team. But, you know, every team’s got good points and bad points – and this one probably has the least bad ones.

We’re past the halfway point in the season. Looking back, at which rounds did you feel you did best at and which round was your worst one?

My worst one was, for sure, Norisring. We didn’t have the pace, really, and I didn’t feel comfortable with the car. And my best one… at the moment, it’s Budapest. I’ve been really fast there the whole weekend. But it seems that this round [at Moscow Raceway] could overtake it.

Your Eurocup rivals Pierre Gasly and Oliver Rowland made the jump to Formula Renault 3.5 this year. Why did you opt for European F3 instead?

Hmmm… you’d have to ask my managers. 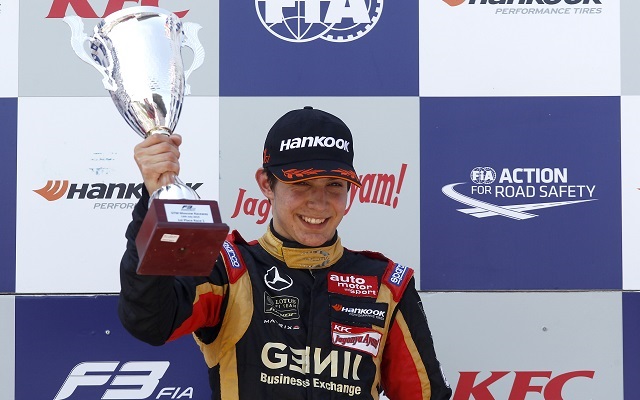 Ocon has made the podium in all but three races of the season so far (Photo: FIA Formula 3)

Do you think it was the right decision?

Oh, for sure. I probably wasn’t ready for the World Series. This is a good step – it’s a small one, but it’s a good school to learn in and a great series. I’m very happy to be part of it.

You came into car racing with a fantastic resume in French and international karting, but you were still faced with making your car debut in a very competitive series – the Eurocup Formula Renault. Do you think it is perhaps a little too tough for car debutants?

No, I think it’s great to start out there directly. It’s so competitive that you have to constantly improve yourself as a driver to stay in contention at the front.

So your experience as a rookie in Formula Renault and its competitiveness helped you develop as a driver and get to where you are today?

Yes, definitely, it helped me and I think that’s why I’m pretty good now – because I have such great experience from before.

Who do you regard as the biggest threat to your title ambitions at the moment?

At the moment, it’s for sure Max [Verstappen]. Max is really good in the races, really aggressive… but that can be a good thing for me because he can sometimes record a DNF… but, yeah, he’s the biggest rival at the moment.

Do you approach the races aiming to score points or to score victories? How do you go about your campaign?

Well, I always want to win, that’s for sure.

So it’s not about points?

Well… what I want is to win, but when we can’t win, if I don’t have the pace, then it’s all about scoring the maximum amount of points in a weekend to strengthen our championship ambitions.

I have a few. The first one is Budapest… then Paul Ricard and… Barcelona. Those are my favorites. 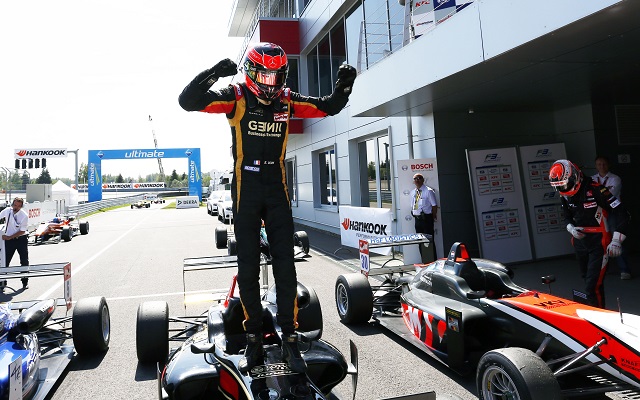 The Frenchman has dominated the Moscow Raceway round thus far, securing a win and triple pole (Photo: FIA Formula 3)