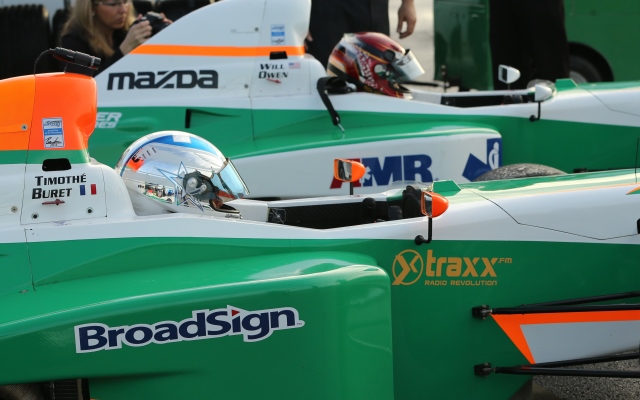 Pro Mazda team-mates from this year Timothe Buret and Will Owen will both contest the Toyota Racing Series at the start of 2016.

The pair competed for Juncos Racing in Pro Mazda in 2015 and finished fifth and seventh respectively in the standings.

They will drive for different teams in New Zealand though, with Buret joining ETEC Motorsport and Owen lining up with Giles Motorsport.

Frenchman Buret, 20, won a race at Indianapolis in his rookie season in the United States after making the switch from V de V categories in Europe.

Owen, also 20, was a three-time podium finisher after stepping up from USF2000. He’s confirmed to remain with Juncos in Pro Mazda next year.

By taking part in TRS with Giles, he follows in the footsteps of Alfonso Celis, who is part of the same management group and contested the series as part of his 2015 schedule.

“I was looking for some winter racing experience,” said Owen.

“Racecraft is what I need to improve the most ? that and wheel-to-wheel action. Alfonso Celis competed in TRS last year, so I had some connections there with Speed Group.”

Six drivers have now been announced with teams for the 2016 Toyota Racing Series, which starts at Ruapuna on 16-17 January and runs for five weekends.

Buret is the first driver linked with ETEC, while Owen will be joined at Giles by returning TRS competitors James Munro and Ferdinand Habsburg.