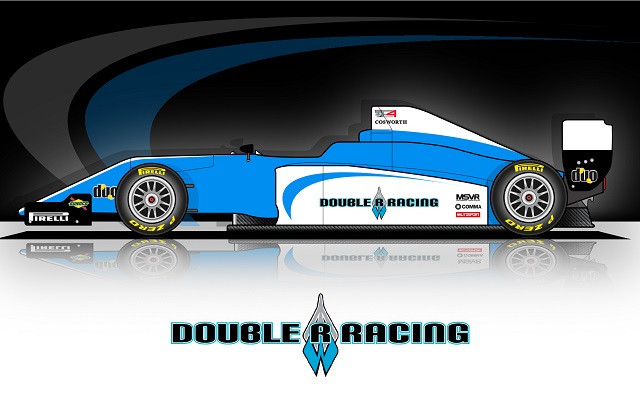 Double R Racing has become the latest established single-seater outfit to confirm its participation in the new-look BRDC Formula 4 Championship for 2016.

The team is joining fellow FIA Formula 3 European Championship and MSA Formula competitors Carlin and Fortec in expanding into the MotorSport Vision-run series.

BRDC F4 has introduced a new, faster Tatuus-Cosworth car for next season, and it will fit inbetween Double R’s existing programmes.

?We?re delighted to join BRDC F4 in readiness for next season and will be running three cars in our first year,? said team boss Anthony ?Boyo? Hieatt.

?Drivers are raving about the new car and they?re right to ? it?s fast, very good from an engineering and team perspective to work with and also pretty close to F3, which is obviously perfect for drivers looking to progress up the ladder.

?With the new car, BRDC F4 has become the natural replacement for British F3 and everyone at Double R is looking forward to joining an MSV-run championship.

“It?ll be a good challenge coming up against teams we haven?t raced against before, and also continuing the friendly rivalry we?ve had over many years in F3 with the likes of Fortec and Carlin. We can?t wait to get going.?

Series chief Jonathan Palmer commented: “The announcement that Double R has committed to join BRDC F4, with the purchase of three cars, is further endorsement of our decision to reposition the championship as the perfect stepping stone between FIA F4 and F3.”

Double R ran Matheus Leist and Tarun Reddy in the inaugural MSA Formula campaign in 2014, and the latter has already tested the new BRDC F4 car (with Fortec) and said “it definitely is the perfect step for me.”