Prema to move into GP2 in 2016, taking Lazarus entry 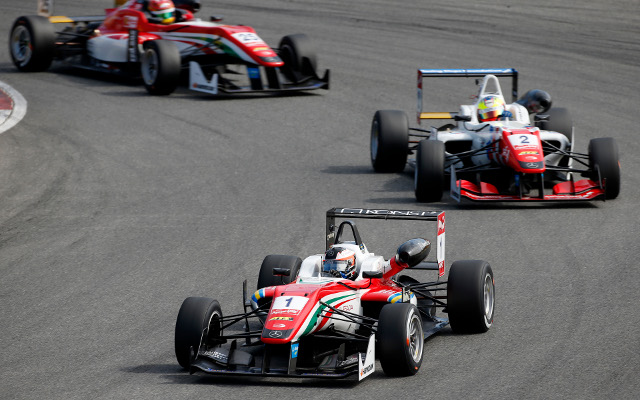 Multiple Formula 3 champions Prema Powerteam will expand into GP2 next season, taking over the entry of fellow Italian outfit Lazarus.

Prema drivers have won the last five European F3 crowns and taken both Italian Formula 4 titles and were known to be interested in being part of the FIA’s Formula 2 project.

The FIA has been in discussions with GP2 over it becoming F2, with last week’s World Motor Sport Council revealing that “significant progress has been made in negotiations”.

“We are delighted to line-up for this exciting new adventure in the GP2 Series,” said Prema boss Rene Rosin.

“Prema always followed the evolution of the GP2 concept as an interested spectator, and it is now finally time to join the game in first person.

“The move to the GP2 Series is a logical step for Prema, following the successful experiences in the FIA Formula 3 European Championship and in the Italian and the German Formula 4 Championships, which will continue with the same level of commitment.

“I would like to thank Bruno Michel for his efforts in making us part of the GP2 Series.”

Prema will run in GP2 for the first time in the post-season test in Abu Dhabi at the start of December.

Series CEO Michel added: “I am very pleased to welcome Prema to the GP2 Series. Their remarkable track record makes me believe that they should be able to adapt quickly to our category.”

Michel also thanked Lazarus for its four years in GP2. The team scored its first and only podium finish so far in Bahrain at the start of this year with Nathanael Berthon.

Konstantin Tereshchenko to do Sochi GP3 round with Campos