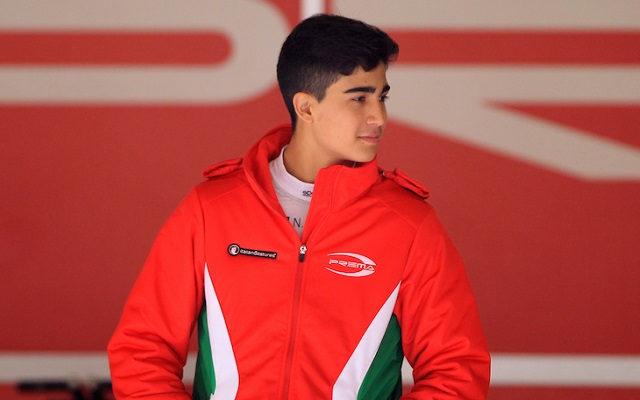 Correa, of Ecuadorian descent, won the Junior Rotax Max Challenge world final in 2013 and became a junior driver at the Lotus Formula 1 team for the following season.

He’s since competed in the KFJ and KF classes, with his best results being fourth in the German junior championship in 2014 and fifth in the CIK-FIA European Championship last year.

Like the only other F4 driver confirmed by Prema for 2016 – Juri Vips – Correa will do a full campaign in ADAC F4 with only selected appearances in the Italian series, where the team has focussed its efforts in the past two years.

“Correa is one of the best kart racers around and having the chance to work with him in his single seater debut is a privilege,” said Prema’s Angelo Rosin.

“The kid is quick, can deal with the technical personnel and is definitely a promising prospect.

“Obviously, running in the German championship will not be easy with a roster of more than 40 drivers, but I am sure it will be the best proving ground available for a rookie racer like Correa.”

Correa added: “I have started my pre-season testing with Prema Powerteam?and?already?it feels like home.

“Their experience with developing young drivers is something you?sense?from the first day.

“I am confident the 2016 season with Prema Powerteam will contribute greatly to my development as a driver, both on and off the track.”