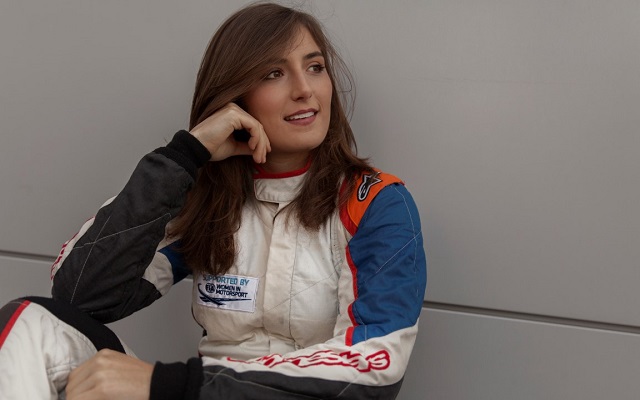 The 22-year-old makes the move with four years of Formula 3 experience under her belt, three of them spent in European F3.

Calderon became a regular point-scorer for the second half of her sophomore season in the series, which she spent with Jo Zeller Racing.

She secured a seat with top team Carlin last year but endured a quiet season without any points before spending two days in GP3 post-season testing.

Calderon also participated in the recently-concluded MRF Challenge series and finished runner-up, having stood on the podium in half of the races.

?I’m really excited to be joining Arden for the 2016 GP3 championship,” said Calderon.

“It?s another step forward in my career. I know it?s going to be a challenging first year in the series but I know I’m in the right place surrounded by the right people to learn and make the most out of this amazing opportunity.”

“Arden has been very successful in GP3. They know what it takes to be fighting up the front so I can?t wait to start working with them towards that goal.?

?It?s great to have Tatiana racing with us this season, she participated in the GP3 tests in Abu Dhabi and seemed to adapt to the GP3 car really well and set some very competitive lap times on performance runs,” said Arden’s Julian Rouse.

“Coming off the back of a strong run to second place in the MRF series over the winter I?m sure her confidence will be high and it will be good to try and keep that momentum going.”