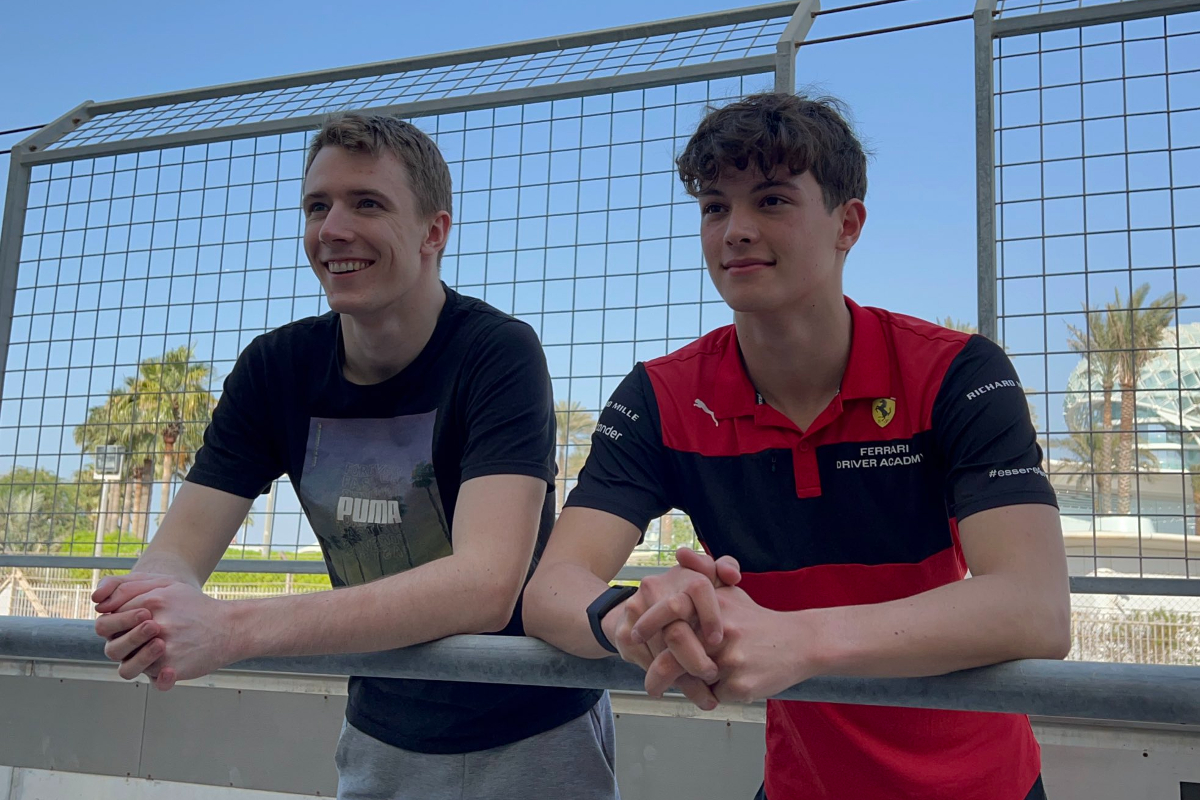 Vesti first went to the top of the times 50 minutes in to the three-hour session, with Charouz Racing System’s Roy Nissany laying down the benchmark laptimes prior to that. Only half of the grid has set a representative laptime after 30 minutes of running, and by the time Vesti moved ahead there had still been no sight of Victor Martins and Clement Novalak.

Ayumu Iwasa, Zane Maloney and Bearman were the early challengers to Nissany, then Red Bull-backed duo Enzo Fittipaldi and Dennis Hauger moved into second and third place after half an hour.

Iwasa was back into second when Vesti went quickest, but the gap between them was 0.708 seconds and Vesti was able to grow that after the one hour mark by having a quick run out of the pits and setting a 1m38.027s lap, an improvement of a quarter of a second.

Just moments later a collision between Virtuosi Racing’s Jack Doohan and Campos Racing’s Kush Maini at Turn 9 brought out red flags that remained for a quarter of an hour.

Vesti was one of the first back on track and improved again, setting a 1m37.798s before pitting once more. Hauger improved in third place, and his MP Motorsport team-mate Jehan Daruvala moved past Nissany into fourth.

The next time Vesti emerged from the pits he lowered the pace once more, and moves 2.263s clear with a 1m36.697s lap.

Bearman went second fastest with 53 minutes to go, but was lapping in the 1m38s, while Theo Pourchaire became the latest driver to be warned for completing practice starts in the wrong area.

Successive improvements brought Hauger past Iwasa into third, as Bearman broke into the 1m37s in second place but was still over a second slower than his team-mate.

The first driver to get the gap to Vesti back under a second was Novalak, who did so with his first flying lap of the session set 46 minutes from the end.

Vesti responded 10 minutes later by finding more pace, but then DAMS’ Arthur Leclerc jumped from 18th to second with a lap 0.489s off the new benchmark pace.

Roman Stanek and Brad Benavides traded fifth place, and track limits violations, after that and that was the only change in the top seven until Leclerc posted a 1m36.490s with just under 14 minutes remaining. He had exceeded track limits at turn 16 though, so the lap was deleted and Vesti returned to first place. He solidified his advantage with a 1m36.462s lap.

That ended up being the fastest of the session. Iwasa improved twice to end up as Vesti’s closest rival, 0.055s behind, Bearman found more pace in third and Leclerc was fourth, and Maloney shuffled Novalak down to sixth.

Doohan was able to get back on track towards the end but then did not return to the pits on his final lap.