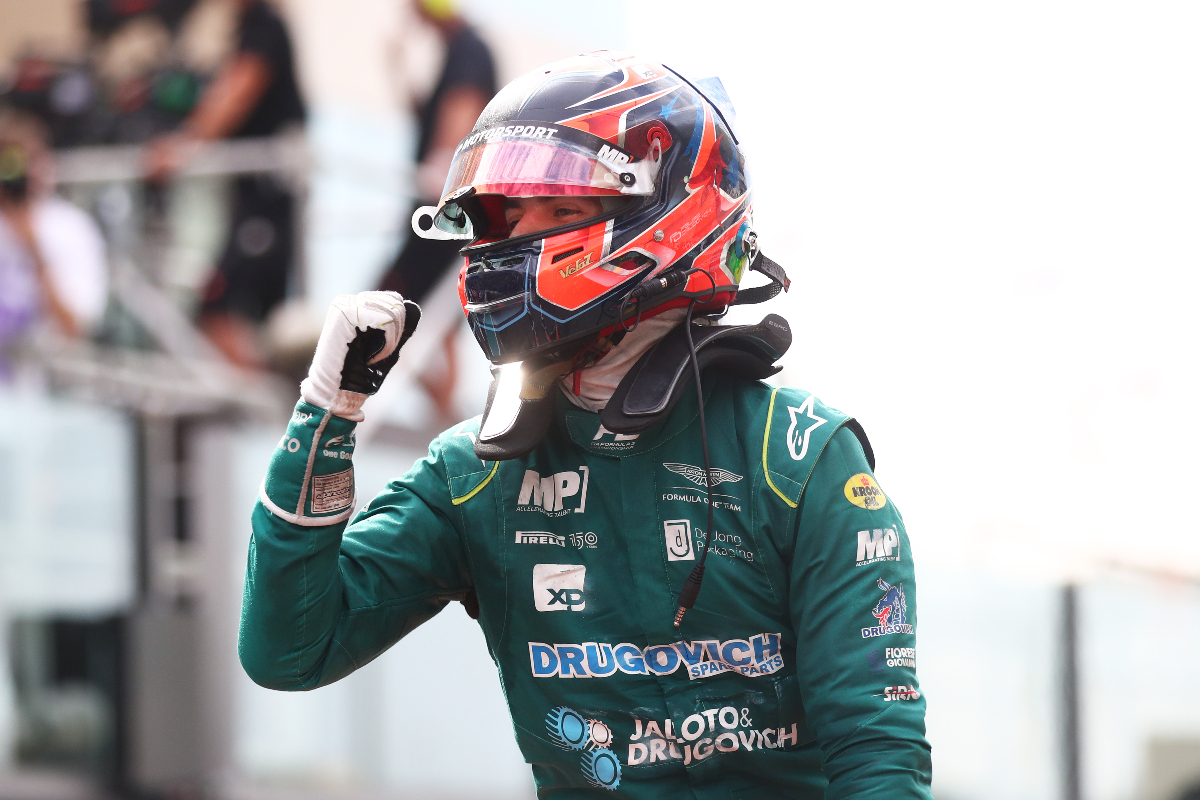 Felipe Drugovich aims to combine his Aston Martin Formula 1 reserve role with racing in another series in 2023.

The 2022 Formula 2 champion does not want to spend a year on the sidelines, and Aston Martin supports him in the decision of pursuing a racing seat in another category. However, nothing has been signed yet, he told the press in Abu Dhabi.

“No, I don’t know what I’m going to do yet. I’ll probably be doing something. That’s the main goal,” Drugovich affirmed. “I want to keep driving, and also Aston [Martin] wants me to keep driving.

“Obviously, the priority is to be around in F1 and try to be there in the future. But they want me to keep driving, so hopefully I’ll try to get into something else, category that’s higher than this.”

“So Super Formula, IndyCar, [Le Mans] hypercar, anything like that.”

Drugovich’s management are known to have held talks with Chip Ganassi Racing about an Indycar race seat during the summer, before signing with Aston Martin to become the team’s first ever F1 junior and its reserve driver.

Ganassi is still struggling to find a driver to replace NASCAR champion Jimmie Johnson in its fourth full-time IndyCar entry, which has had a lot of interest but reportedly not from any drivers with the budget required for a full campaign.

Following the F2 finale, Drugovich stayed at Yas Marina Circuit to take part in the official F1 young driver test. It was not his first time at the wheel of the Aston Martin AMR22, having made his F1 free practice debut at last weekend’s Abu Dhabi Grand Prix, where he took over Lance Stroll’s car.

Drugovich said before his test he would be “pushing a bit more than what I did in free practice”.

“I was taking it very easy. Then when I finished free practice it was ‘okay, maybe I took it a bit too easy’,” he admitted.

“Obviously the main goal was to get to know the car. Half of the session I was basically doing aero test, so I was just taking it very easy. That’s just going to be the first proper test I’m going to have on an F1 car.”

Drugovich set himself an objective for his second day in the AMR22, which he ran on Pirelli’s 2023 prototype tyres: “One of the main goals if that is really true is to give a good feedback to the team about how the tyre is.”