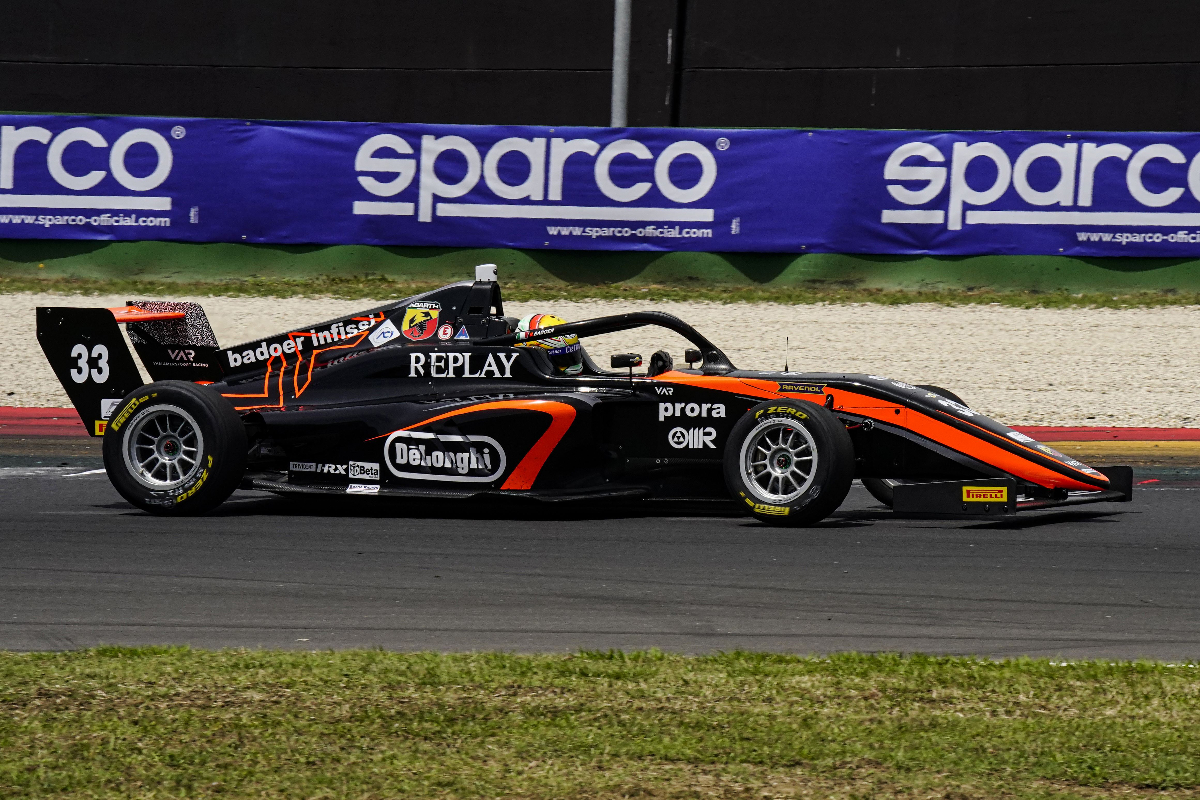 The test was split into morning and afternoon sessions over two days, and Prema’s Tuukka Taponen was quickest in the four-hour Wednesday morning session by a slim 0.055 seconds over team-mate Arvid Lindblad.

Ugo Ugochukwu was a further 0.090s back in the third of Prema’s cars, and just 0.004s ahead of PHM Racing’s Valentin Kluss. US Racing’s Zachary David, who had driven in a Spanish F4 test at Barcelona the day before, and Prema’s Kean Nakamura Berta set identical laptimes for fifth place.

The driver of AKM Motorsport’s #39 car, whose identity was not revealed by the team, set the pace in the shorter afternoon session. Lindblad was next best, his 1m35.893s lap putting him 0.082s ahead of Taponen, with similarly small gaps between those behind.

David was 0.146s off the pace in fourth, BVM Racing’s Alfio Spina was 0.180s back in fifth, and he was just 0.007s faster than Kluss and 0.016s up on Ugochukwu. Nakamura Berta and Badoer set identical laptimes and were 0.070s slower than Ugochukwu.

Little over a tenth covered David, Taponen, Spina, Ugochukwu and James Wharton, who had taken over the car previously driven by Lindblad.

Fastest in the final session was David, putting him third overall in the combined test classification, pipping Badoer to the top of the afternoon timesheet by 0.034s. On the second day the PHM drivers ran on Giti tyres, as the F4 United Arab Emirates championship is switching to the tyre manufacturer from Hankook.

There were 28 cars at the two-day Spanish F4 test at Barcelona, and Pedro Clerot set the pace for MP Motorsport on the opening day.

Sharing the track at Barcelona was a group of GP3 and Formula Regional cars. VAR’s Kas Haverkort was the fastest FRegional driver on day one by 0.460s over R-ace GP’s Matias Zagazeta.