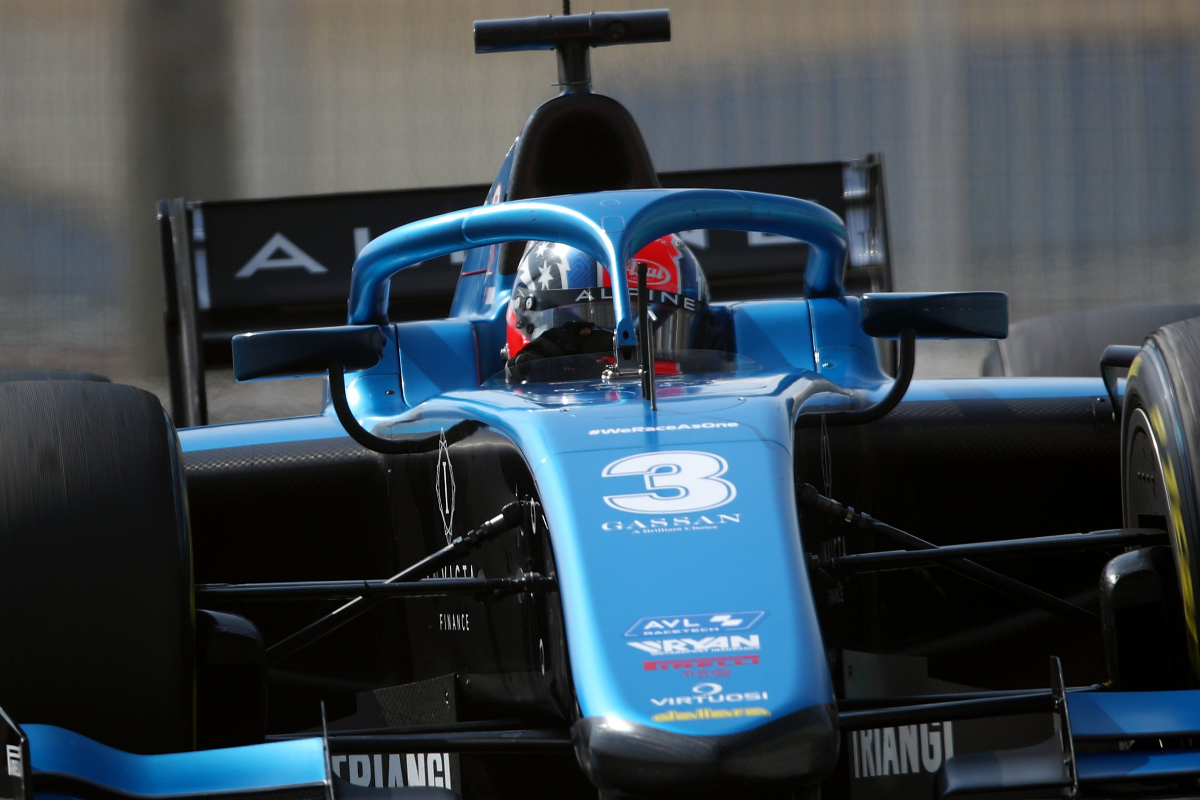 Campos Racing’s Ralph Boschung cut four tenths off Fittipaldi’s benchmark to then move ahead, with MP Motorsport’s Jehan Daruvala shuffling Fittipaldi down to third place after 20 minutes of the three-hour morning session had passed.

Everyone had set a laptime by this point, and next to top the timesheet was Daruvala who just a few minutes later went 0.049 seconds father than Boschung. Dennis Hauger lapped 0.165s slower than Daruvala to make it a MP one-three before everyone headed to the pits.

Pourchaire climbed back into the top five after half an hour, then Fittipaldi moved back past Hauger into third place and just 0.073s off the top once another eight minutes had passed. Pourchaire was knocked down a spot by his team-mate Victor Martins, and Maloney improved his pace in seventh place.

Daruvala stayed ahead going into the second hour, which was interrupted by a red flag period during which Martins took significantly longer than anyone else to get back to the pits, and increased his margin up front by finding an extra tenth of a second in pace.

Prior to the red flag there had been some changes in the top 10, with Kush Maini (Campos) and Roy Nissany (Charouz Racing System) rising to fourth and fifth.

Action resumed as the session went into its second half, and Doohan jumped up the classification to second place by going 0.119s slower than Daruvala.

He did not remain there for long, as Iwasa then set a lap just 0.005s off top spot. Doohan responded though, at a time when the track was clear, by becoming the first and only driver to lap sub-1m36s.

His 1m35.990s effort stood as the benchmark through the final hour, with the top 10 order going unchanged behind him.

Doohan and Maini were the two most active drivers in the final half-hour, although neither actually recorded any representative laptimes as they would frequently embark on an outlap, then either set one slow lap or head straight back into the pits.

Prema’s Frederik Vesti, who had to be warned to use the area laid out with cones for his practice starts after initially not doing so, also went out on track a few times in the last half-hour but did not post any laptimes.

In the end the only four drivers to take the chequered flag were Doohan, Maini, Van Amersfoort Racing’s day one pacesetter Richard Verschoor down in 14th place, Trident’s Roman Stanek in 18th and Verschoor’s team-mate Juan Manuel Correa in 20th.

Correa, who contested last weekend’s F2 finale at the circuit, missed the first day of testing as Rafael Villagomez drove for VAR.