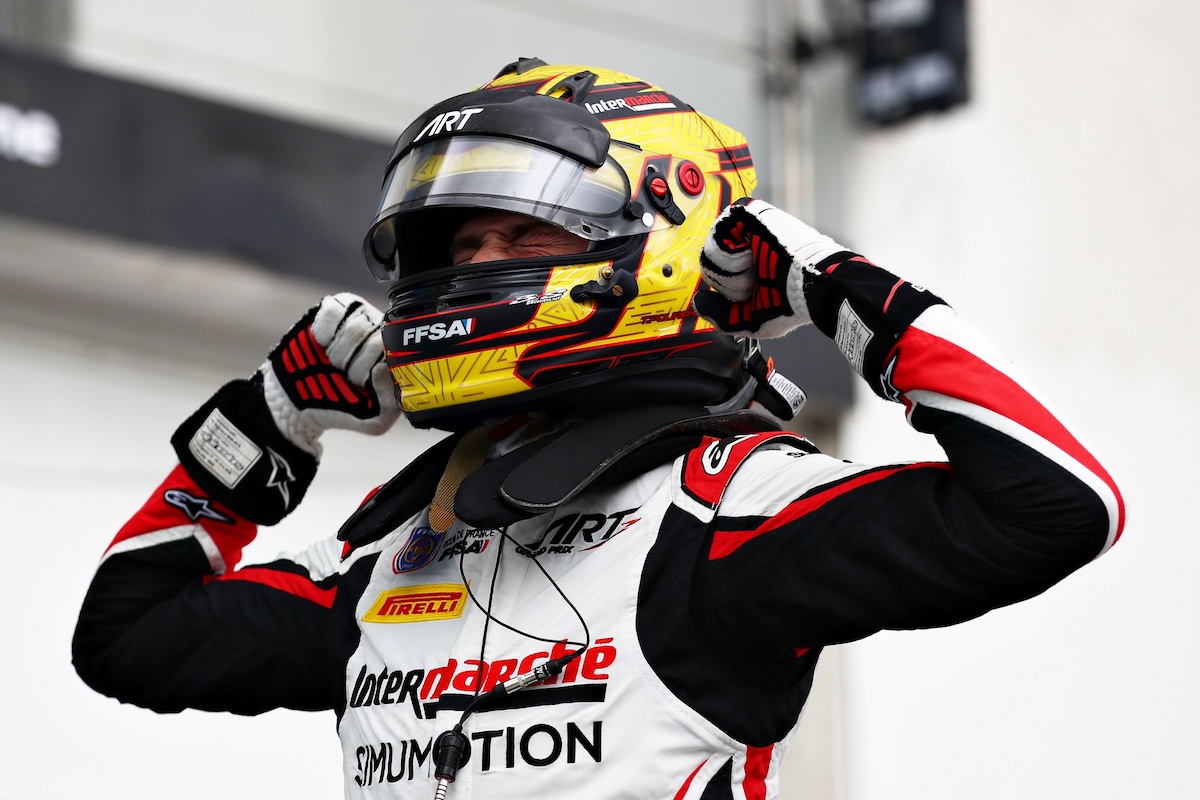 Sauber Academy driver Theo Pourchaire feels he “cannot say” whether he can fight for the FIA Formula 3 Championship, despite taking his second successive win in the category.

Pourchaire added a Saturday race win at the Hungaroring to his reversed-grid triumph from the Red Bull Ring, capitalising on multiple incidents at the start, damage for his nearest rivals and a lengthy red-flag period.

The result elevated the ART Grand Prix driver to second in the standings, 19 points behind Prema’s Oscar Piastri. He is the only non-Prema driver in the top four currently.

But despite that, the youngest driver to win in Formula 1’s third-tier support championship remains grounded.

“It changes a lot, because my objective is always to win but after the first race weekend it was not so good with a bad qualifying and not a very good pace and now, after the win at the Styrian Grand Prix, I feel better,” he explained in the post-race press conference.

Pourchaire also believes that this win feels more important than his maiden one last time out, while he also explained how his race went.

“This one is really important. It’s race one, it’s more points and it was really difficult with track conditions at the beginning, the crash and difficult to manage with two safety cars, the red flag.

“[Tomorrow] we start from P10, so it will be a bit more difficult. I know with this track that it’s almost impossible to overtake. So, we need to make a good start and see what we can do. But the car is good so I will try to do the best job possible.

“I’m pretty happy and for sure I will try to win more races.”