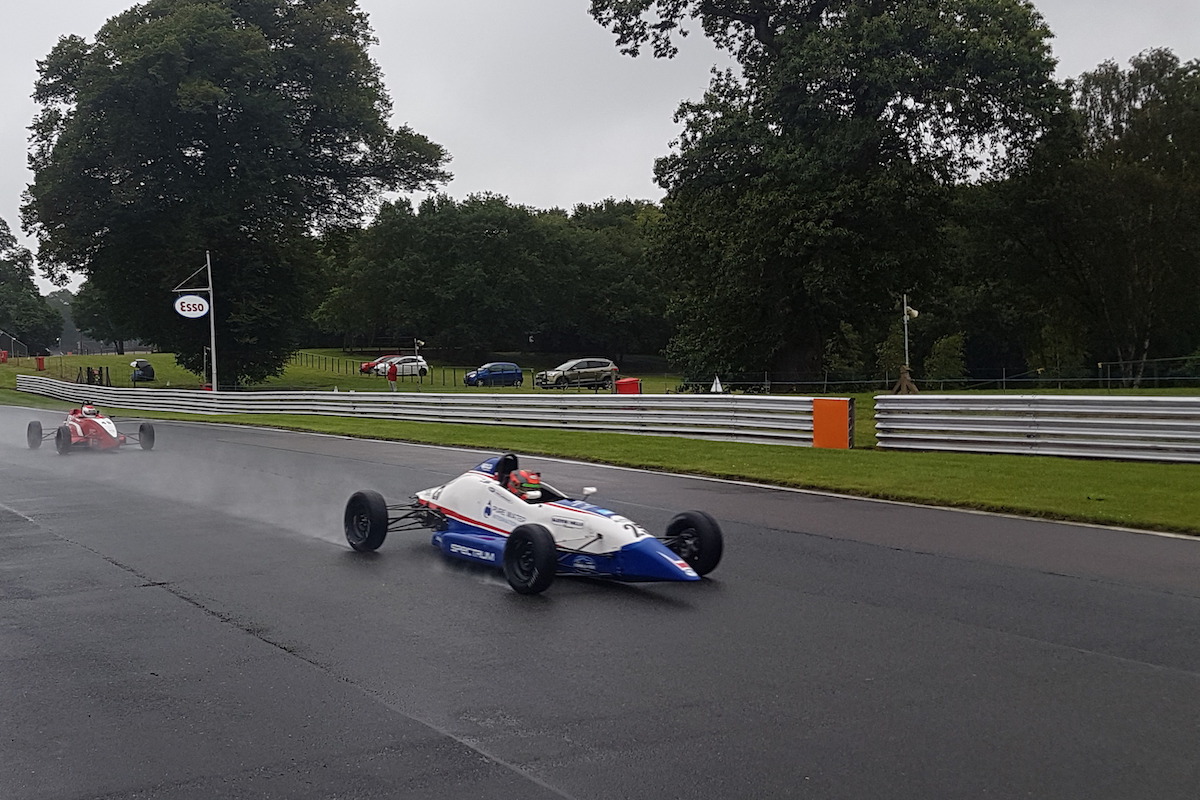 The National and BRSCC Northern drivers were sharing a grid for the race, and a backmarker from the latter who failed to spot the approaching leaders in his mirrors set up a close final few laps for the race.

Maclennan led throughout from the pole position he earned by winning race one, but he had B-M Racing’s Rory Smith, Team Dolan’s Chris Middlehurst and Low Dempsey Racing’s Jonathan Browne right on his gearbox after his backmarker encounter.

Through the final two tours of the wet seven-lap race the top four ran together, which several side-to-side moments that didn’t result in overtakes as drivers erred on the side of caution.

This meant Maclennan led Smith home, with Middlehurst completing the podium after passing Browne in the first half of the race.

His team-mate Ross Martin, the reigning National champion, was in the thick of the action until rivals Ollie White (Souley Motorsport) and David McArthur (B-M) dropped out with technical issues, leaving him in a comfortable fifth place some seven seconds behind the winner.

B-M’s Jamie Sharp was also involved in a lot of battles, and passed LDR’s rookie Bryce Aron for sixth on the final lap.

Americans Aron and Grant Palmer looked rapid early on, but their pace faded later into the race and Palmer got involved in a last-lap clash that meant he didn’t finish.

KMR’s Adrien Campfield set fastest lap on the way to eighth, while Dolan’s Matt Cowley came from 20th on the grid to finish ninth – after ovetaking seven cars on the opening lap alone.