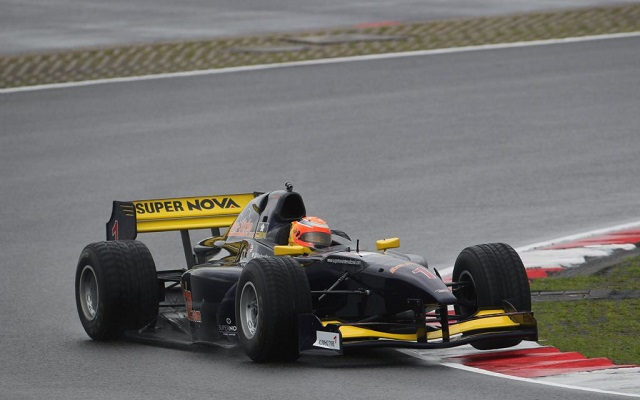 The German driver timed his benchmark Q2 lap in perfectly, crossing the finish line as rain started to pour down the track. The times got drastically slower as the session went on, which ensured pole for the German at his home track.

A problematic qualifying for title contender Kimiya Sato saw him eliminated in Q1 – as such, he will have to start the first race from the last place. The Japanese driver suffered brake problems for the bigger part of the session and, while he was able to join?the track in the last couple of minutes, he would go off, causing a ed flag

In Q2, series?frontrunners Kevin Giovesi and Tamas Pal Kiss took second and third, separated by 0.012s. The former previously led Q1 by more than seven tenths, but had to settle for second overall.

Japanese racer Yoshitaka Kuroda took eighth, followed by Salvatore Deplano and Giuseppe Cipriani, with the latter not completing a lap in the second part of the qualifying.