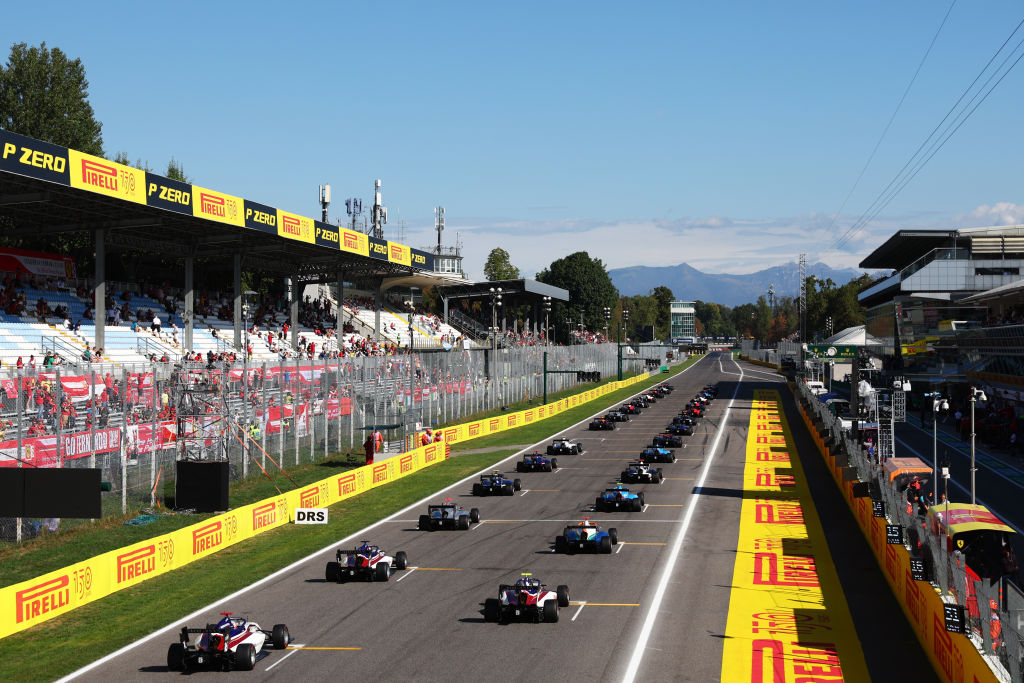 Normally it’s the ‘how it was won’ that is the most dramatic narrative in a title-deciding event, but F2 and F3 crowned champions at Monza in a way that meant there was a lot of questions about how the event was run

From erroneous penalty decisions to locked gates for those trying to move around the track, there were several moments for those working in Formula 2 and the FIA Formula 3 Championship at the Italian Grand Prix that raised eyebrows about the organisation of the event and race control activities.

In this week’s podcast (recorded just after the Monza weekend but run a week on as we got to speak with new FIA F3 champion Victor Martins!) we review all of the F2 and F3 action, the controversial race decisions and the on-the-ground experience of the

Listen to the full podcast here, and on Breaker, Google Podcasts, Overcast, Pocket Casts, RadioPublic, Castbox, Apple Podcasts and Spotify. Or read on below for some of the key discussion points from the title decider.

In F2’s feature race, the second safety car period shook up the order due to how late it was called and while some benefited from that to grab a top result, it was still an instance of delayed race control communications excessively influencing results.

“I was talking to some of the team managers, and there was criticism of the way the safety car was thrown in the feature race. That basically I think the first three had gone past the pits, and then they threw the safety car,” Formula Scout’s Roger Gascoigne said during this week’s podcast.

“So everybody else dived in, Marcus Armstrong I think cut it too fine and got a penalty. Liam Lawson was clearly in front and then got stuffed by the safety car, and then completely screwed by Juri Vips. And Felipe Drugovich lost out as well.

“There was some bad feeling about how that was done, and you look at somebody like Lawson who seems to have either bad luck or worse luck, but just a split-second decision of a safety car suddenly turns you from leader to 14th or whatever, and that does seem to be the case in F2 that there is that sort of volatility of results. Whether that’s then a negative factor [for the audience], I don’t know.”

The safety car call was possibly an ominous of what was to come for Formula 1 later that day, but there was other drama for F2 as Hitech GP driver Vips was accidently told to serve a penalty he did not need to and the FIA issued an apology via a stewards’ document afterwards. Nothing could be done however to overturn the penalty once it had been served.

“I mean that should never happen,” Alejandro Alonso Lopez, who like Roger was in the paddock, said.

“The reasons behind it? I don’t know. It could be the stewards, it could be the signalling system, it could be many things. But the fact that that message is sent, and there is no one checking it’s either right or wrong. I mean in the case it’s wrong, like it was this time, someone immediately communicates by radio to the team that’s wrong, that penalty is not to be served like that, it should be a 10-second time penalty.

“There is nothing to say but as to for them to do better, because it definitely ruined the race of Juri Vips.”

Roger added: “In the three single-seater races [on Sunday], with the stewarding issues, the F1 was actually the least egregious. And at least, let’s say, the right person won. The F2 was just unacceptable that you make that sort of error, and penalise someone unjustly.”

For more on a weekend of triumph, tribulations and the Tifosi, check out the podcast!