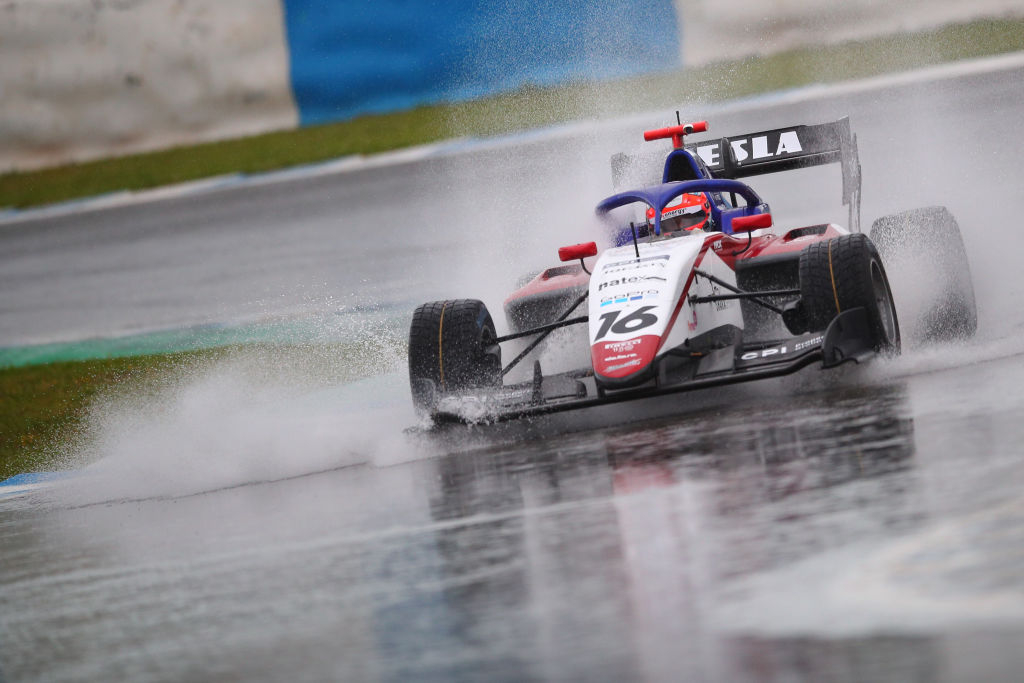 Charouz Racing System and Jenzer Motorsport have become the first two teams to reveal their line-ups for the FIA Formula 3 post-season test at Jerez later this week.

Both will be handing test mileage to Formula 4 drivers at the three-day test on September 21-23, although Charouz has not revealed how the test time will be split across its three cars between the four drivers it has signed.

Alessandro Famularo raced for the team in the Monza season finale two weekends ago and will now be back with Charouz for the test, along with Euroformula and Formula Regional European Championship racer Nicola Marinangeli, fellow FREC driver and 2021 British F4 runner-up Matias Zagazeta, and Italian F4 rookie Emmo Fittipaldi who is the son of two-time Formula 1 world champion Emerson Fittipaldi.

As Fittipaldi is still only 15 years old, it is unlikely he would be considering a move up to FIA F3 next year. His family has a long history with Charouz though, with his older nephew Pietro having won the 2017 Formula V8 3.5 title with the team, and his other nephew Enzo currently starring as part of its Formula 2 line-up having previously raced in FIA F3.

Barnard is a former karting protege of Nico Rosberg and is second in the ADAC F4 points, while team-mate Bedrin is fourth. The pair locked out the wins in the most recent round at the Lausitzring.