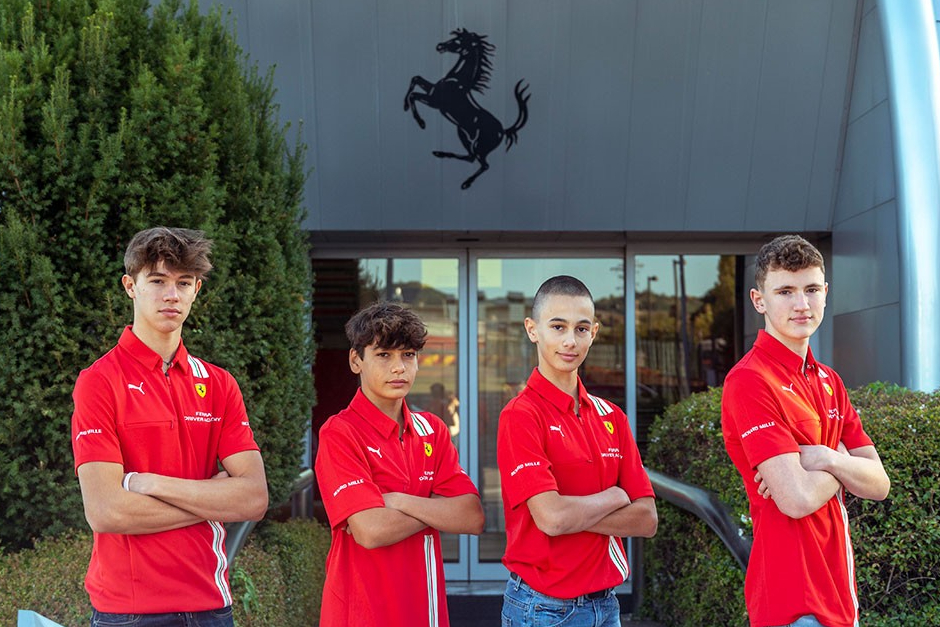 The Italian automobile federation has followed up its annual Ferrari Driver Academy scouting camp in July with a second edition of the event for four more drivers.

While this summer’s camp featured four karters, this time the invited drivers came from car racing too.

From Formula 4 were Alex Dunne and Brando Badoer, with Irishman Dunne leading the British championship and having taken three wins in the Italian series this year.

Badoer, the son of former Ferrari test driver Luca, currently lies 16th in Italian F4 and scored his first points last time out at the Red Bull Ring. He was nominated for the camp by the Automobile Club d’Italia.

From karting was Italian racer Sebastiano Pavan, also nominated by ACI, and the USA’s James Egozi, who was selected by Ferrari to take part. Both karters joined the camp directly from CIK-FIA World Championship, held in Sarno last weekend, where Egozi finished 15th and Pavan 24th in the OK category.

On Monday the quartet began with sessions at Ferrari’s headquarters in Maranello covering aspects of the life of a racing driver, including physical preparation, motorsport theory as well as stress management. Track activity will take place on Tuesday and Wednesday, when they will take to Ferrari’s test track at Fiorano at the wheel of a F4 car.

At the end of the week, assessors from the Ferrari Driver Academy will decide if one of the four candidates has done enough to earn a place in the Scouting World Finals to be held at the end of the year, and, if successful, follow in the footsteps of last year’s successful graduates, Ollie Bearman and Rafael Camara.