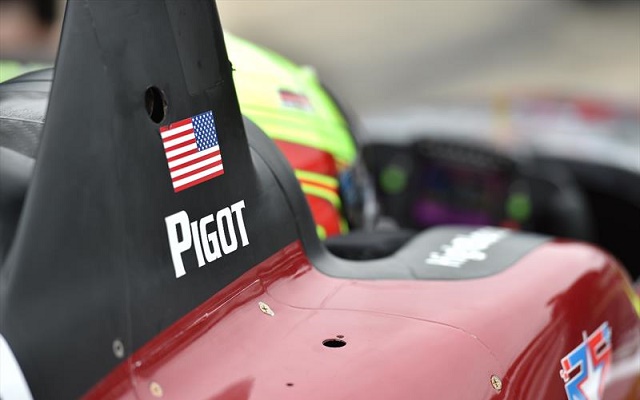 Spencer Pigot will start the Indy Lights race at Milwaukee from pole after topping the qualifying session.

Schmidt Peterson duo Ethan Ringel and RC Enerson were first out on the track, the latter taking provisional pole.

He remained in first until Pigot took to the track to claim his fourth pole of the season.

Ed Jones, who is spending his second oval weekend alongside his team Carlin, ended up seventh.

Scott Anderson was seventh fastest following a crash in the practice with Ringel, Max Chilton and Shelby Blackstock completing the field.