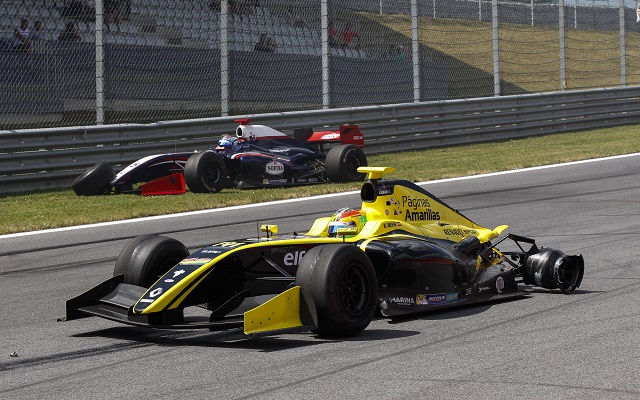 Roberto Merhi has been disqualified?from the first Formula Renault 3.5 race of the weekend for causing an avoidable collision. In addition, he wil be forced to sit out the second race as well.

Merhi completed a chaotic first race, forcing off Matthieu Vaxiviere while fighting for fourth and also receiving a 10-second time penalty for not respecting track limits.

However, it was an after-the-chequered incident that landed him in serious trouble with the stewards. The Spaniard drastically slowed down on the main straight, which caused Nicholas Latifi to crash into his car in high speed.

Following his great rookie season which saw him take third, Merhi returned for a sophomore campaign with Pons Racing this year. A couple of quiet rounds were followed by a second place at the Hungaroring, which allowed him to climb to ninth in the standings.