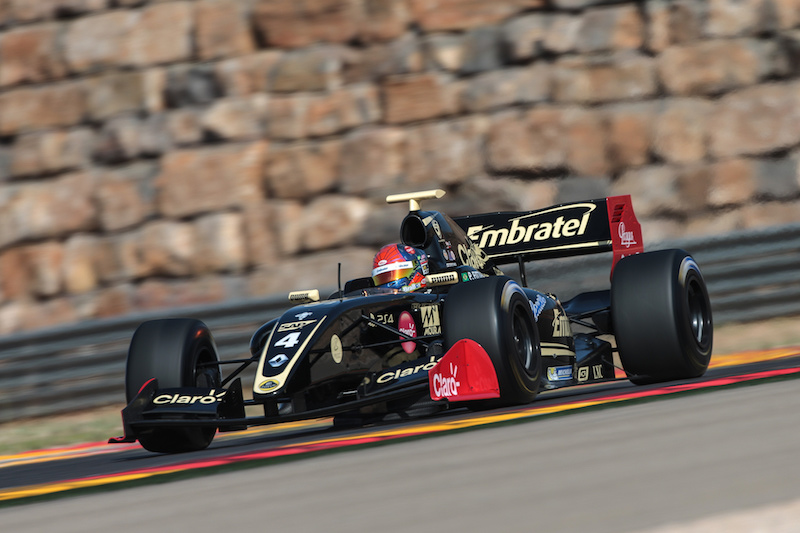 Pietro Fittipaldi has retaken the lead of the World Series Formula V8 3.5 championship with a race two win at Motorland Aragon.

Alfonso Celis chased him across the line to take second, his fifth podium of the season, while race one winner Egor Orudzhev took third.

After a disappointing race one, Fittipaldi managed to take a strong start and pull away from Konstantin Tereschenko in second.

He led the race until the mandatory pit stop window opened. Fittipaldi pitted early, emerging down the order, but he retook the race lead once the rest of the field pitted.

Tereschenko began to struggle in the early part of the race, with smoke?starting to pour from the back of his Teo Martin Motorsport car and he was shown the black-and-orange?flag, ordering him into the pits to resolve the problem.

He?stayed out though and when he pitted for tyres nothing appeared to be done to resolve the issue, and he and his team manager were ordered to visit the race officials after the race, which ended for him on the following lap when he collided with a wall.

The Russian wasn?t the first driver to retire. Lotus? Rene Binder had struggled off of the line, dropping from the front row of the grid to fifth. He then made contact with?Yu Kanamaru on the opening lap and ran into the gravel.

With Tereschenko retiring, Celis was promoted to second once everybody had pitted. He spent the second half of the race cutting into Fittpaldi?s advantage and narrowed the gap from over three seconds to just two by the end of the race. He couldn?t quite catch the Lotus driver though, and crossed the line second.

Kanamaru was the last of the pitters, trying to build up a big enough gap to put himself in the lead battle after the pit stops. He emerged from the pit lane in just fourth and wasn?t able to catch up with Orudzhev in third.

As the race went on, the field began to spread out. Diego Menchaca was one of the few movers, battling against Damiano Fiorvanti for seventh. With a clean move Menchaca took the position and set about chasing Roy Nissany for sixth. He was only a second and a half behind the RP Motorsport driver when they took the chequered flag.

Binder?s retirement has dropped him down the order with Celis, Nissany, and Orudzhev all overtaking him in the championship order.

Fiovanti finished the race eighth, ahead of Nelson Mason and Giusseppe Cipriani.