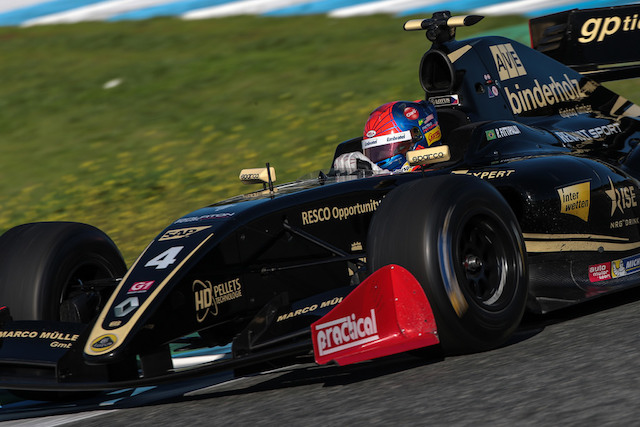 Pietro Fittipaldi has switched from Fortec to the Charouz-run Lotus team for his second season in Formula V8 3.5.

Rene Binder will remain with the Czech-based squad in its other car, with three-time 2016 race-winner Roy Nissany to move on.

Brazil’s Fittipaldi finished 10th in the 2016 standings with Fortec, scoring his first podium in the final race of the year.

He then split his post-season running between Fortec and Lotus, and topped sessions with the latter outfit at Barcelona and Jerez.

Fittipaldi, whose father Emerson won the first of his two Formula 1 titles in 1972 in a black-and-gold Lotus, said:??I really enjoyed working with the team when we met last year for winter testing.

“It?s an extremely professional team, we did two test days and we topped morning and afternoon sessions.

“I felt really comfortable and I?m very happy to drive with them for 2017.”

Team boss Antonin Charouz said: “I?m a good friend of Emerson and it is really a pleasure to welcome his grandson Pietro to our family.

Binder finished seventh in the 2016 points with five podiums following a switch from GP2.

“Rene has already demonstrated his speed?during the last season and I hope we can score good results together as a team and in the driver championship as well,” added Charouz.