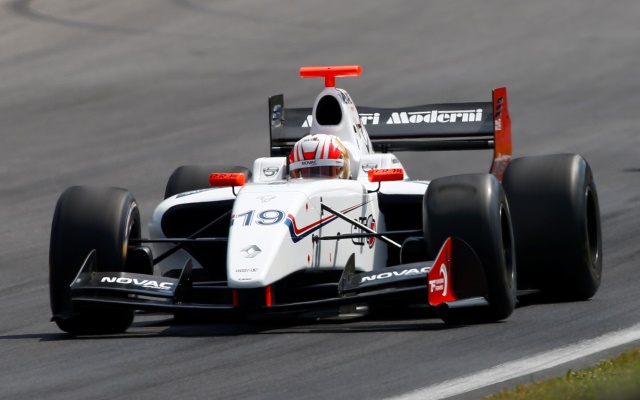 Pietro Fantin was a surprise pace-setter in the first of the Formula Renault 3.5 sessions on Friday at Silverstone.

The Brazilian, who currently sits ninth in the standings, traded top spot with a number of drivers during the early part of the session before making it his own shortly before the halfway mark.

His best time of 1m43.056s was almost half a second faster than the next best driver, Matthieu Vaxiviere.

Vaxiviere’s title rival and championship leader Oliver Rowland began his home round with the sixth best time, just under a second off the pace.

Ahead of him were the two DAMS drivers Nyck de Vries and Dean Stoneman in third and fifth, separated by Tio Ellinas, who stopped on track to trigger a red flag in the closing stages.

Will Bratt, returning to single-seaters for the first time since 2011 in the Pons car of Formula 1 racer Roberto Merhi, was the slowest of those to set a time in 19th, while Nick Yelloly was unable to set a time on his series comeback but did turn five laps in his Lotus car.