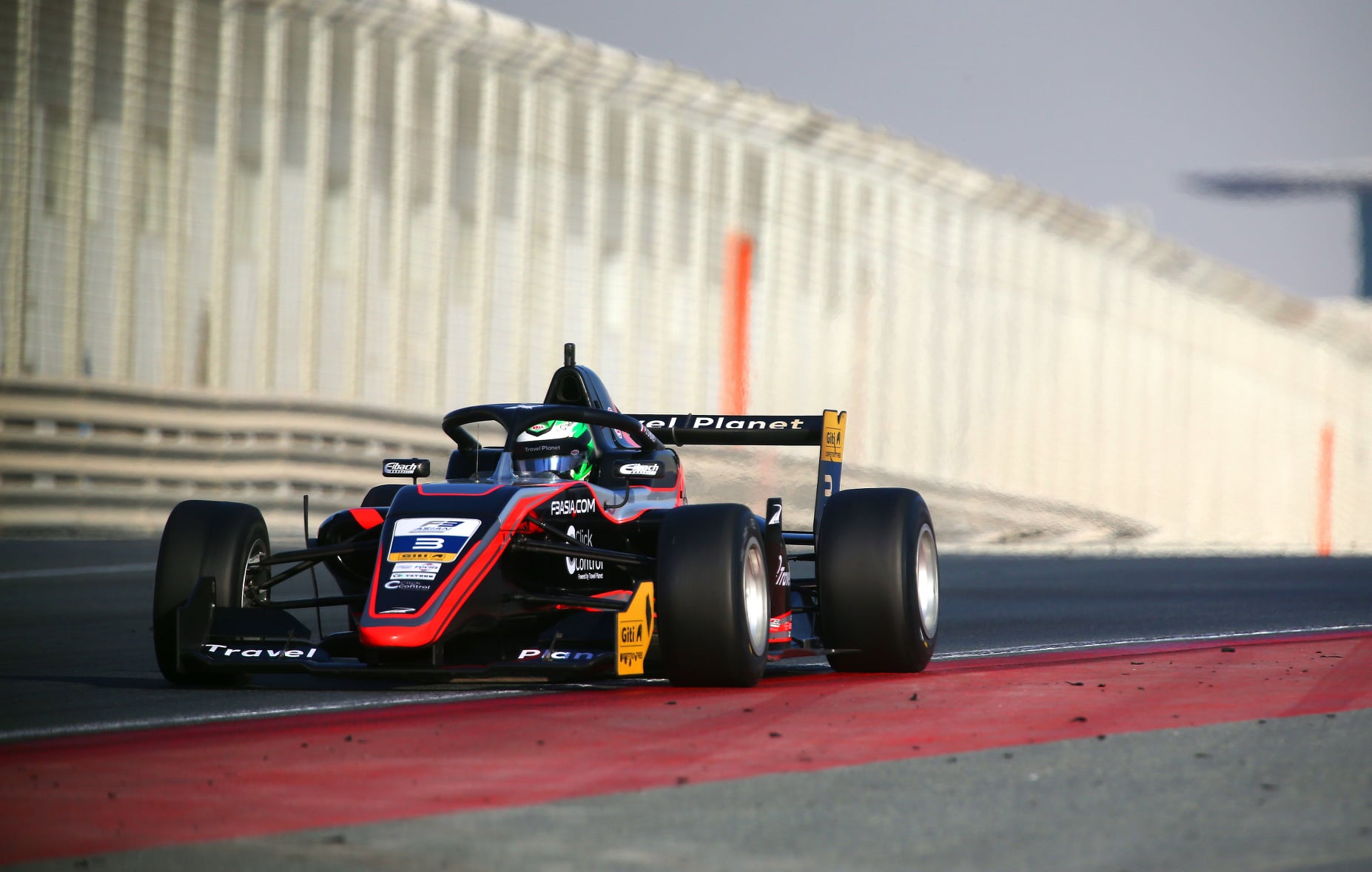 Pierre-Louis Chovet emerged victorious in a thrilling final race of the season-opening Asian Formula 3 championship at the Dubai Autodrome.

There was drama at the start of the race as Abu Dhabi Racing by Prema’s Guanyu Zhou, who dominated the first two races of the weekend, was eliminated from the race after a collision with the Mumbai Falcons duo of Jehan Daruvala and Kush Maini.

Meanwhile, at the front of the field, Williams F1 test driver Roy Nissany passed polesitter Chovet on the exit of Turn 1 on the opening lap to seize the race lead.

Nissany was able to open up a lead of three seconds as the cars squabbled behind him, however, Chovet caught Nissany at half-distance.

Frenchman Chovet faced a tough defence from Nissany but he bided his time and made a bold move on the 26-year-old. Nissany was sent wide which also allowed Prema’s Dino Beganovic to power past both Roman Stanek and Nissany to move from fourth to second place in one corner.

Beganovic was unable to make a significant impression on race leader Chovet, who scooped his second victory in Regional F3 machinery to close the gap to championship leader Zhou to a single point.

Beganovic’s second consecutive P2 finish ensures he rounds out the top three in the championship after the opening weekend of the season. He is sharing the second Prema entry with his 2021 Formula Regional European Championship by Alpine team-mate David Vidales.

Nissany’s Hitech GP team-mate Stanek was eliminated by contact, clearing the way for Nissany to earn his second podium of the weekend.

Reece Ushijima earned his best result of the weekend in sixth place, while Daruvala made an incredible comeback drive through the field, to come from the back of the field to seventh place ahead of sim racer Cem Bolukbasi (BlackArts Racing).

Bolukbasi’s team-mates Zdenek Chovanec and Lorenzo Fluxa scored their first points of the weekend in ninth and 10th place respectively.