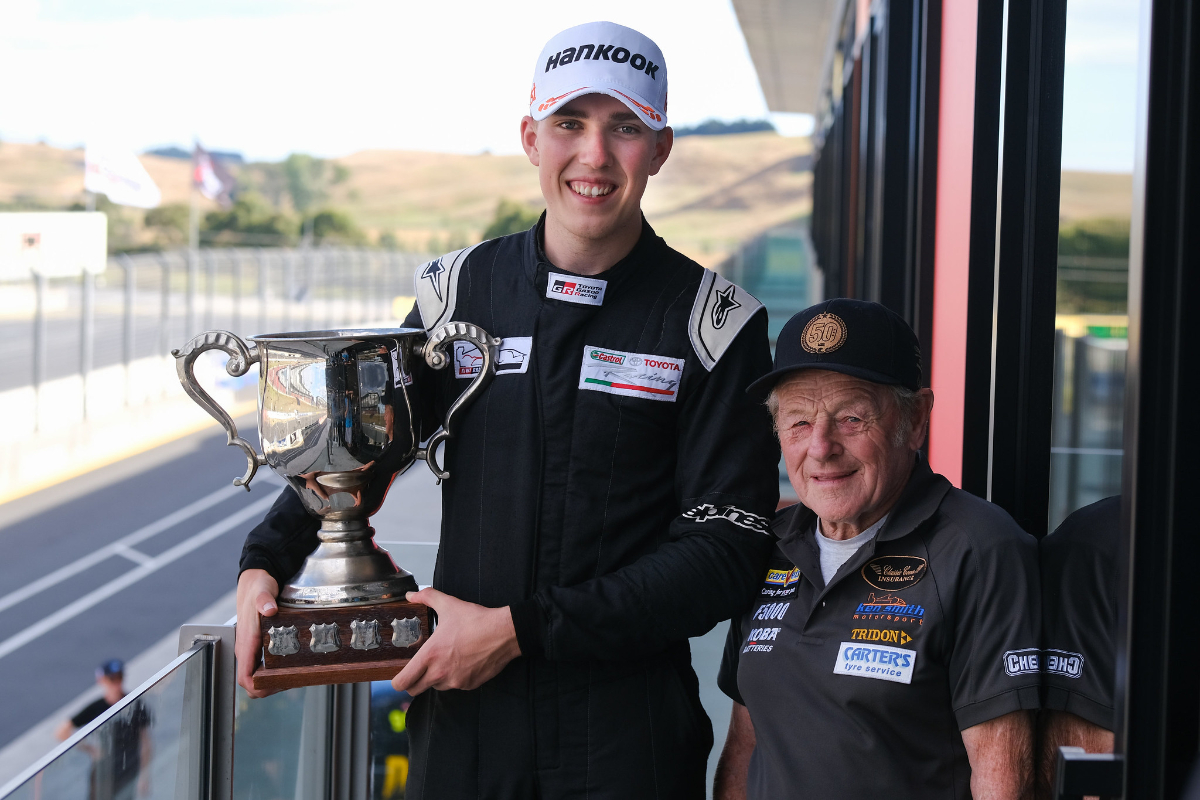 Matthew Payne dominated the second race of round two of the Toyota Racing Series at Hampton Downs, winning by over 14 seconds on the shorter National layout.

The teenager had a grasp of the race from the start, which was a nervous one after having gearbox oil changed beforehand, immediately pulling away from pole and leaving Kaleb Ngatoa and Peter Vodanovich to fight over second place.

“There were a few issues with the car before the race I was aware of and the boys were flat out fixing it, I can’t thank them enough, they did an awesome job and the car was flawless,” Payne said after victory.

“I managed to get a good start and ran away with it and I just tried to push every lap.”

Billy Frazer was also in the battle for second at first, until contact while fighting with the other two on lap three of 30 left him with bent steering and unable to match the pace of the six other cars on track.

Ngatoa then had Vodanovich in his mirrors for the rest of the race, with their battling allowing Tom Alexander to stay close in fourth. That became third when, after failing to find a way past Ngatoa, Vodanovich was disqualified for a ride-height infringement.

Chinese Formula 4 champion Conrad Clark was fifth, and after pitting to replace the broken steering arm Frazer was able to return to track and finish a lapped sixth.