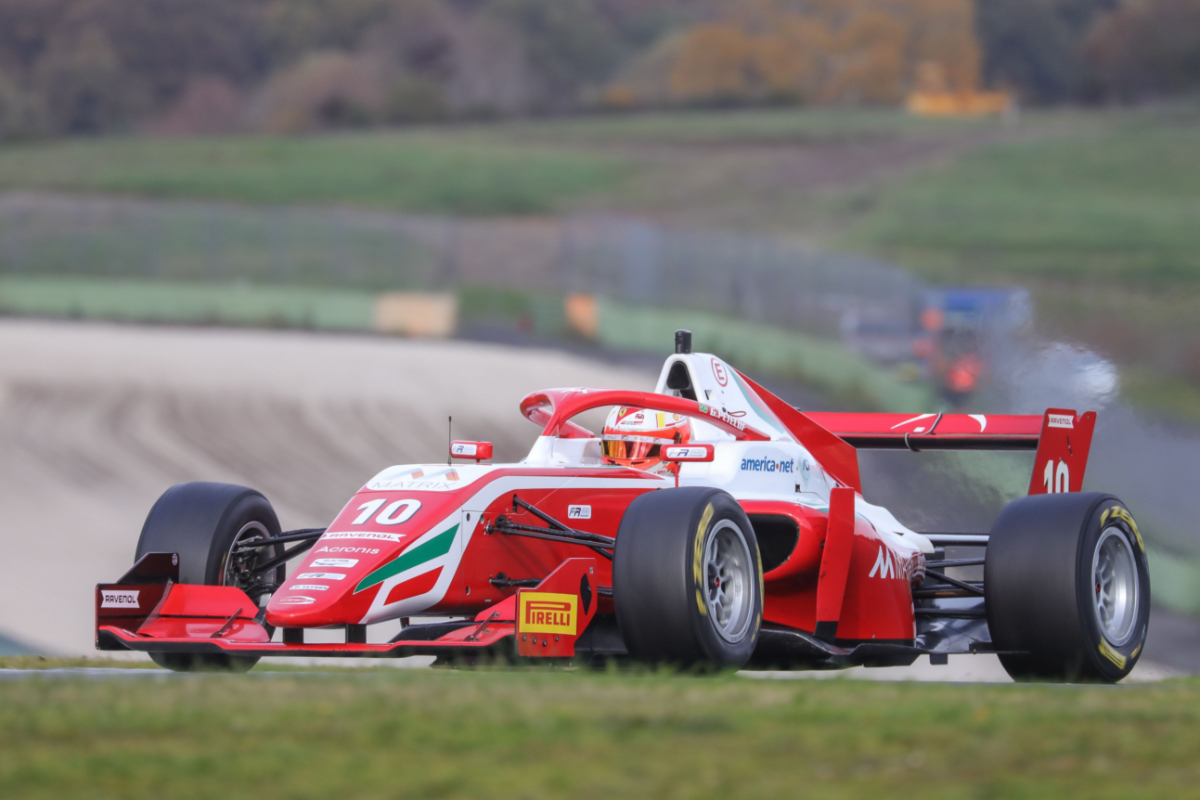 Gianluca Petecof prevailed in the fight between Ferrari juniors for the Formula Regional European Championship title at Vallelunga, as Prema team-mate Arthur Leclerc crashed out.

An engine fire in qualifying left Leclerc last on the grid, and his charge up the order didn’t go far before he put his rear wheels off-track and spun into the gravel. He had entered the race six points behind Petecof, and as soon as his car stopped the title was guaranteed to go his team-mate’s way.

Petecof’s title was earned with a fifth place finish, conceding fourth to KIC Motorsport’s Konsta Lappalainen on the final lap, while his team-mate Oliver Rasmussen led the race from start to finish and matched Leclerc for points scored over the year.

Rasmussen, who would have started from pole in the cancelled second race of the weekend too, had to wait several laps to get racing as a wet track meant the action started behind the safety car. Leclerc’s off led to a second safety car period, but he was unrivalled on the restart there too.

KIC’s Patrik Pasma looked set for second place but made a few mistakes and ended up in sixth, with Van Amersfoort Racing’s Dennis Hauger and Pierre-Louis Chovet rounding out the podium.

Jamie Chadwick’s season ended on a low, struggling for pace and being overtaken by Pasma towards the end to finish in seventh.