Home Featured Schumacher: F2 title would feel a lot better if I had a good race
Formula 2News 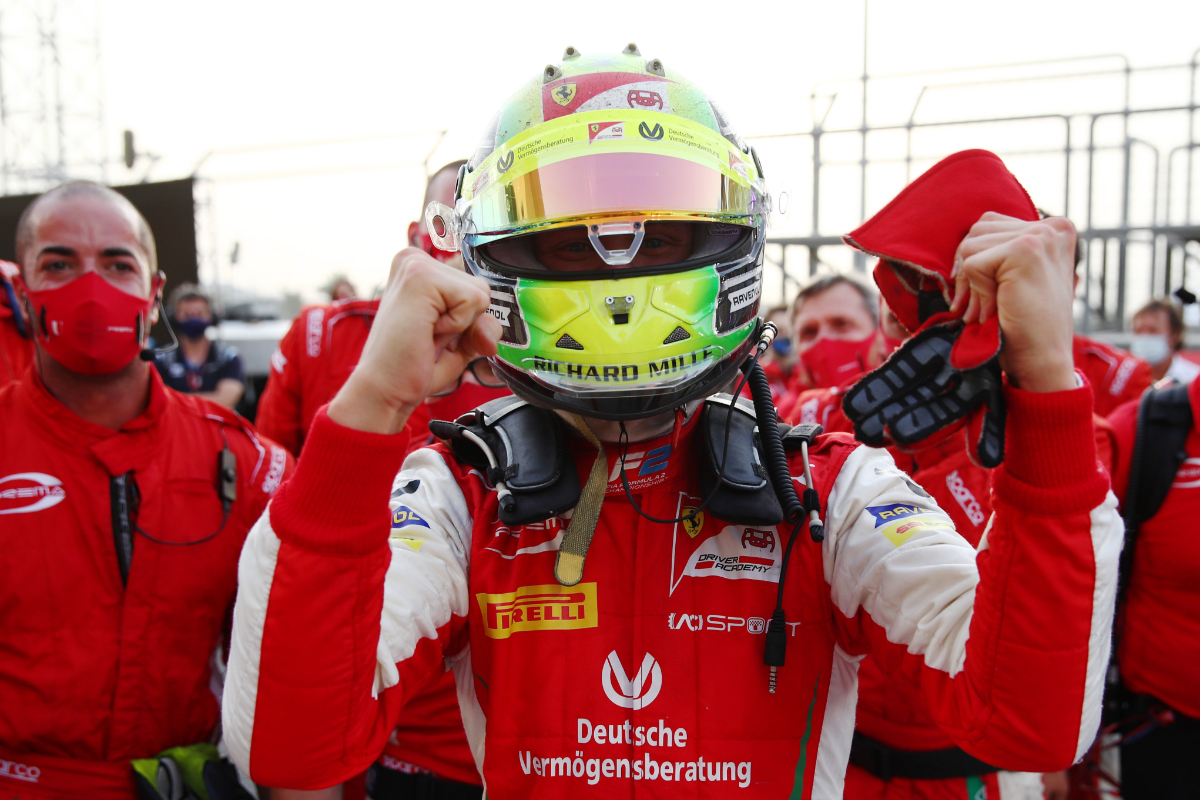 Mick Schumacher believes only finishing 18th in the title-deciding Formula 2 sprint race at Bahrain has meant becoming champion could have felt “a lot better” than it does at present.

The Prema driver fought for a podium spot at the start of the race, but locked up several times and eventually his tyres became so undriveable on that he opted to make a pitstop that sent him to the back of the field.

But with title rival Callum Ilott having a few lock-ups of his own and failing to score points, it meant Schumacher was crowned champion.

“It would feel a lot better if I had a good race today,” Schumacher said.

“But nevertheless I think we made enough, we did enough to be champion now today. I owe it all to [Prema], such a great bunch of people.

“I don’t really know what happened [in the race]. I knew the wind conditions were going to be tricky. It was very gusty, we had a lot of tailwind going into Turn 4. I braked too late. That’s the brutal truth.

“I was late on the brakes, which kind of compromised the whole race. At the end after that I had to really did my best to try to stay in front of Callum. I knew he had good pace.

“Afterwards, I felt my rears going off and I kept on going, kept on going and I was like ‘I can’t drive anymore on this tyre, we have to do something’.

“I was actually a bit afraid to come in but the team said ‘let’s try it, we can’t finish on this set anyway’.

“We pitted. We didn’t manage to get back to the front but nevertheless we’re champion now today and that’s what people will remember, and they will forget this race today and only see the good times of this year and I will too.”

Schumacher claimed two wins across the year, but failed to ever qualify on the front row. He did however end the season with fastest lap in both of the races on Bahrain’s Outer layout.

“To be honest I’m a bit overwhelmed. I don’t really feel like a champion yet. It’s going to take a few days, maybe,” he added.

In addition to thanking Prema, he also toasted his on-track rivals.

“The guys that were driving this year were absolutely amazing. They were all on a high level of competition driving and they’ve all been really respectful, They’ve been great.

“Also to Callum, he gave me the run for the money. It’s been really tough but so enjoyable at the same time.