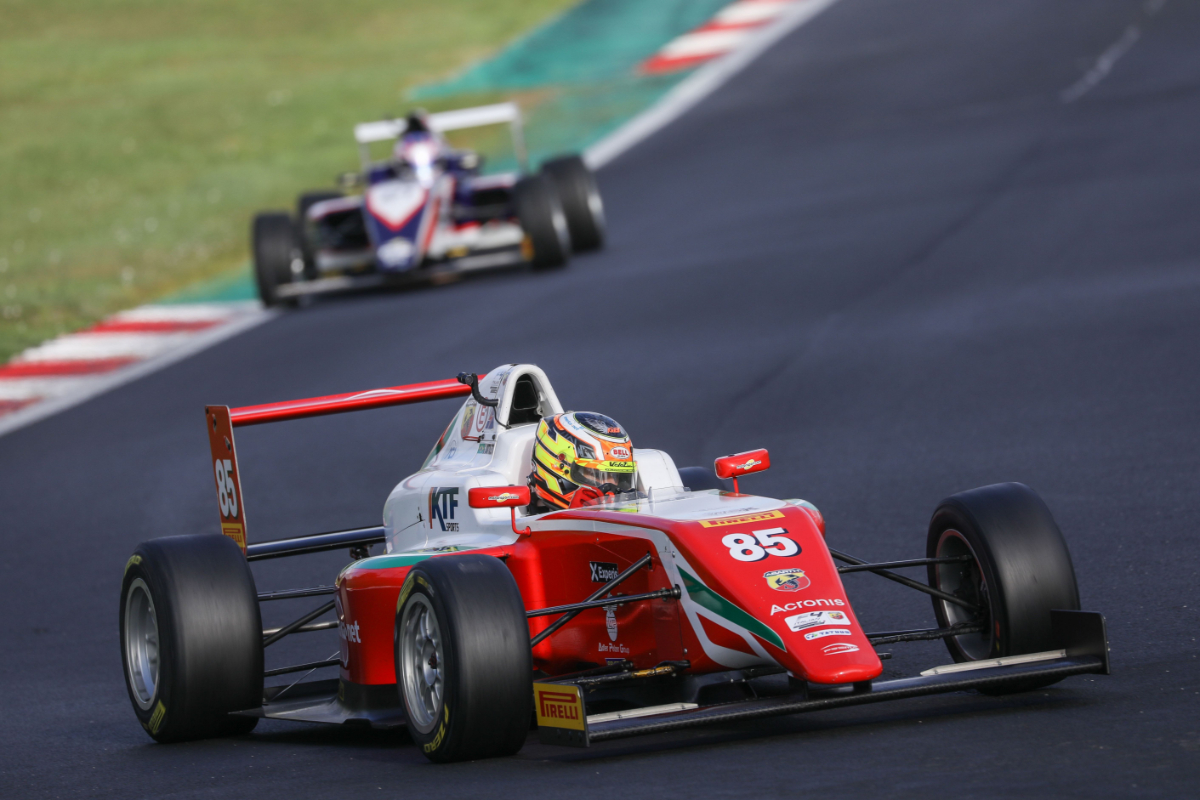 The final race of the Italian Formula 4 season at Vallelunga has been suspended, and will potentially not restart, due to dangerous weather conditions.

Heavy rain hit the Italian circuit 10 minutes before the race start, and it was decided that the season finale would start behind the safety car.

Less than a lap was completed before the race director decided to call a halt to proceedings, as rivers of water ran across the track and visibility levels decreased, catching out Cram Motorsport’s Nicolas Baptiste. At present his car is still yet to be retrieved, while the rest of the field has returned to pitlane and some have already left their cars.

The second race of the weekend, scheduled for earlier in the day, got called off in advance as a result of the wet weather.

Ollie Bearman won the first race of the weekend on Saturday for US Racing, and shared the second row of the grid for race three with Van Amersfoort Racing’s Red Bull junior Jonny Edgar.

Edgar’s team-mate Francesco Pizzi was several rows further back on the grid, but is already guaranteed the title runner-up spot even if the race does not restart, while poleman Bortoleto looks likely to secure fourth in the points behind team-mate Dino Beganovic.