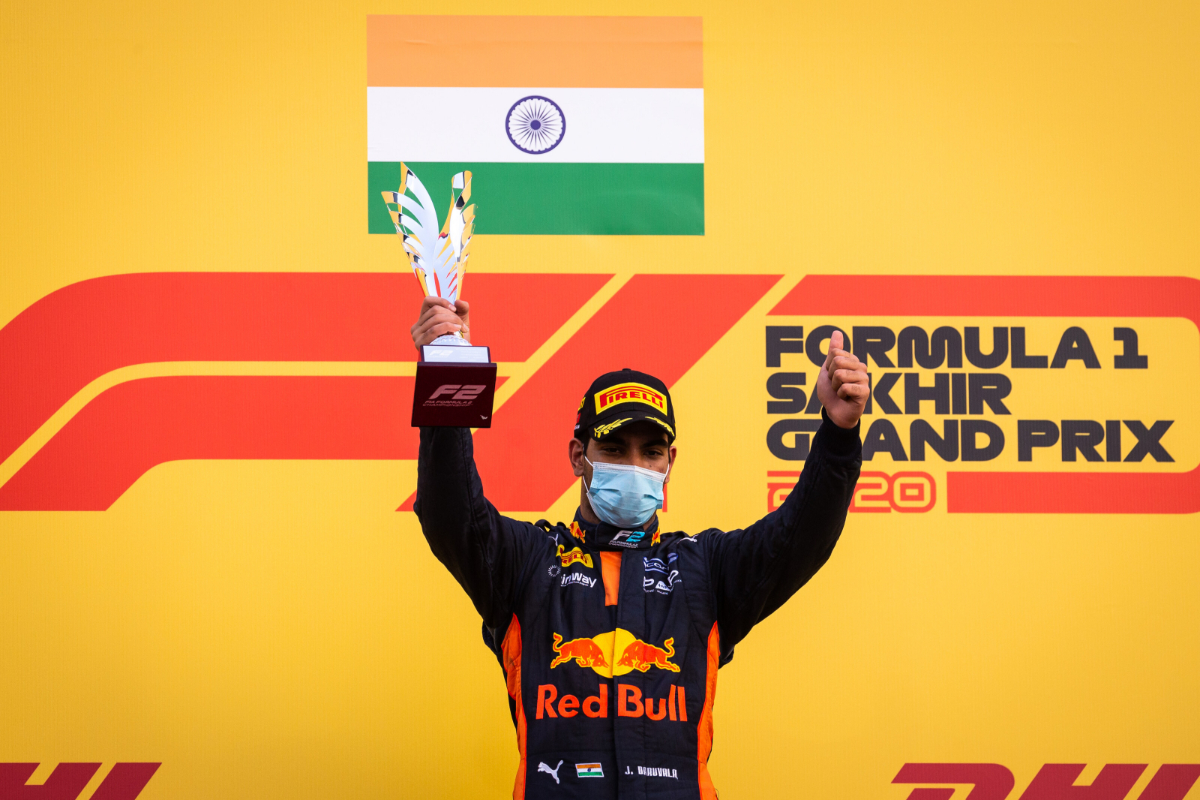 Carlin’s Jehan Daruvala is “really excited for the coming future” after picking up his first Formula 2 win in the season finale on Bahrain’s Outer layout.

The Red Bull junior claimed the first podium of his rookie season in the feature race on Bahrain’s Grand Prix layout last week, then turned a front row start into victory in the season-ending sprint race this Sunday.

He will remain with Carlin for post-season testing at Bahrain, on the same GP layout that he was fastest on in pre-season testing, and is set to be joined by Dan Ticktum – who he had to battle past to claim his maiden win.

“I would like to stay and do this championship again next year. So this result gives me a big boost of confidence. The last couple of weekends have also gone really well. I’m just really excited for the coming future now.”

The win means Daruvala ends the season 12th in the points, and also meant Carlin pipped Hitech GP to third in the teams’ standings.

“Honestly, I expeect nothing less. You’re fighting for the win, you’re going to give it everything. It was hard but it was fair at the end of the day. I took my time. I struggled.

“[Ticktum] had me covered on every move, so I just decided then that I should wait, make sure we pull a gap to the cars behind, and take my chances later on. He tried letting me go before the DRS zone but I timed that pretty well. After that, he seemed to struggle a bit more than we did so I could pull away and win the race.”

Daruvala is the second Indian after Karun Chandhock to win a race in GP2/F2, and he spoke about the significance of that in the post-race press conference.

“Motorsport is pretty big in India. We obviously have a lot of people, so I have a big fanbase back home, and my goal at the end of the day is to do myself proud but also do my country proud and to prove to people from back home that even though we don’t have the same facilities and stuff that guys have in Europe, as long as you can work hard you can fight right at the sharp end of the grid.”