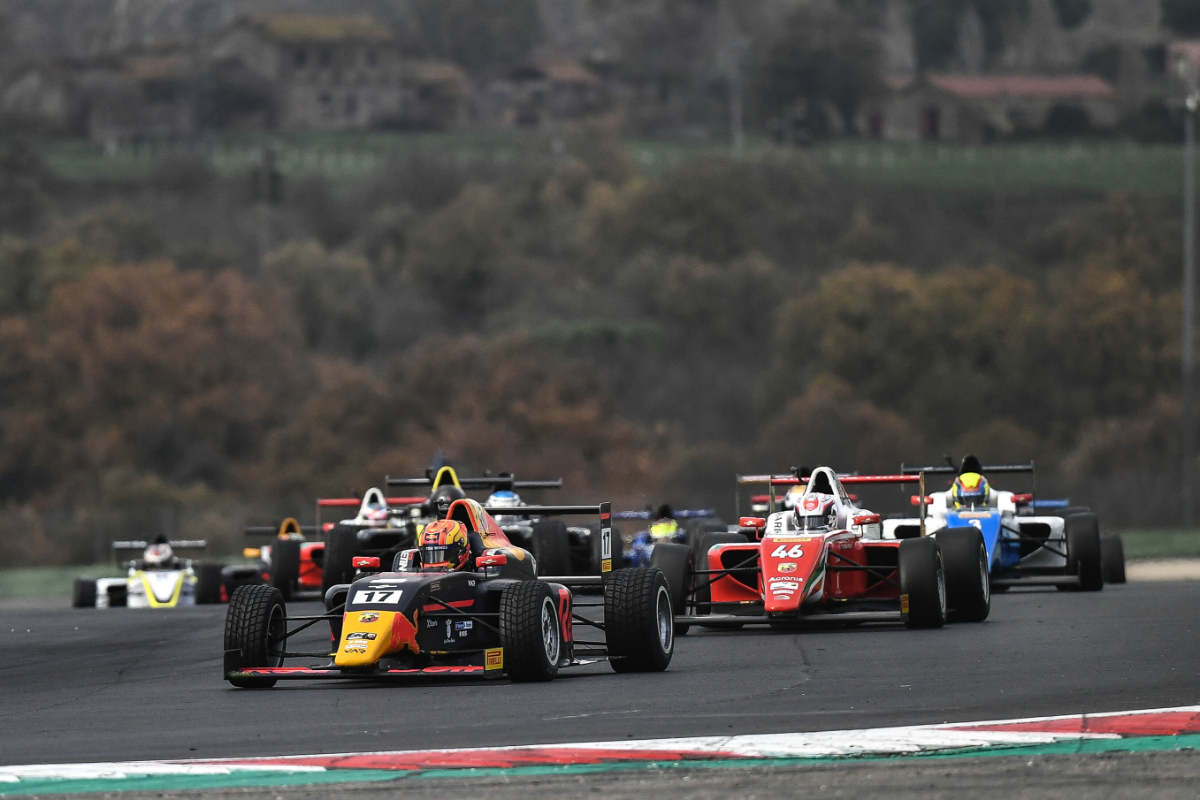 Torrential rain that flooded the circuit meant the first attempt at the race was called off after less than a lap, and the second attempt ran behind the safety car for several laps before the drivers were free to race.

Prema’s Gabriel Bortoleto got a great start from pole, while US Racing’s Ollie Bearman quickly passed AKM Motorsport’s Taylor Barnard for second. As the cars approached the first braking zone it was series champion Gabriele Mini and Edgar who looked the most confidence and passed several cars.

The positions continued to change at the front as drivers searched for grip, with Bortoleto holding off Edgar and Mini as they fought with each other.

But Edgar up clearing Bortoleto just before the safety car returned to track following VAR’s Francesco Pizzi crashing out.

Edgar raced straight away on the restart, while Bortoleto lost out to Prema team-mates Mini and Kirill Smal before they collided. Smal spun but didn’t lose too many spots, while Mini sank down the order.

They ended up finishing second and third though, as when BVM Technorace driver Pietro Armanni went into the barriers it was decided to red flag the race rather than finish it behind the safety car. This put the results back a lap, meaning Smal and Mini completed the podium.

Red Bull junior Jak Crawford had made it past Bortoleto for second but got shuffled back to fifth by the red flag decision, and Mucke Motorsport’s Joshua Duerksen lost a podium spot too and ended up in ninth.

Bortoleto was classified fourth, and Jenzer Motorsport’s Filip Ugran was sandwiched between US drivers Bearman and Tim Tramnitz. Barnard sank all the way down to 29th place.