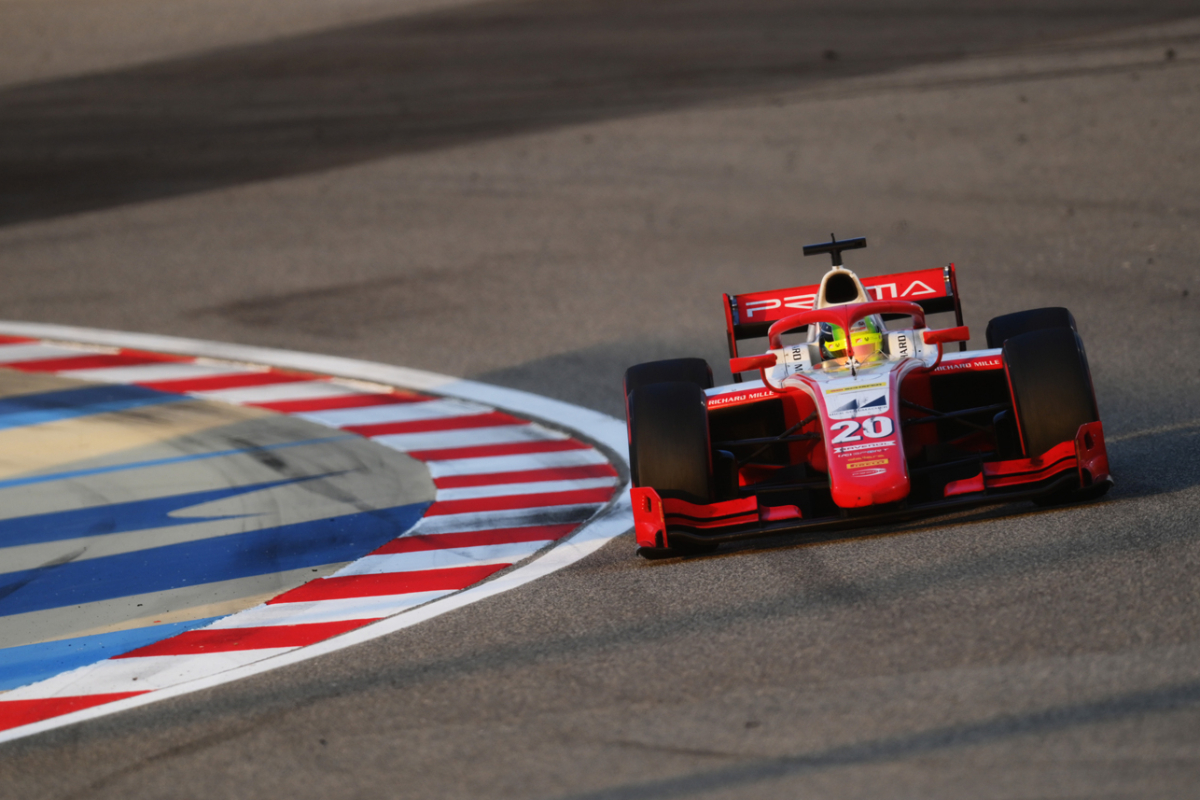 Mick Schumacher is the 2020 Formula 2 champion after finishing 18th in the Bahrain season finale, which was won by Carlin’s Jehan Daruvala.

Schumacher was going to clinch the title if fellow Ferrari Formula 1 junior Callum Ilott failed to finish the race in the top two, and that job was made easier when Schumacher moved up to second place at the start while Ilott remained in fourth.

Ilott battled with Schumacher in the first half of the 34-lap race but was initially unable to work his way into the critical positions that he needed.

Schumacher locked up numerous times, and Ilott was able to get past on lap 19. After dropping more positions he then pitted for a second set of tyres. While it sent him to the back of the field, Ilott’s own decline down the order meant the title was his.

Ilott next had to defend from Schumacher’s Prema team-mate Shwartzman, rather than closing up the four-second gap to the lead pair of polesitter Dan Ticktum (DAMS) and Daruvala who were scrapping up front.

Guanyu Zhou then got past Shwartzman and started battling Virtuosi team-mate Ilott, allowing Carlin’s Yuki Tsunoda to get closer.

As Daruvala got past Ticktum on lap 25 for the lead, Tsunoda then critically got past Ilott the following lap – all but ending the British driver’s title hopes. Tsunoda hunted down and passed Ticktum too, while Ilott slipped out of the points. He eventually finished 10th, while 18th for Schumacher secured the latter the title.

Tsunoda’s second place brought him to within one point of Ilott, and meant he won the Anthoine Hubert Award as the top rookie in 2020.